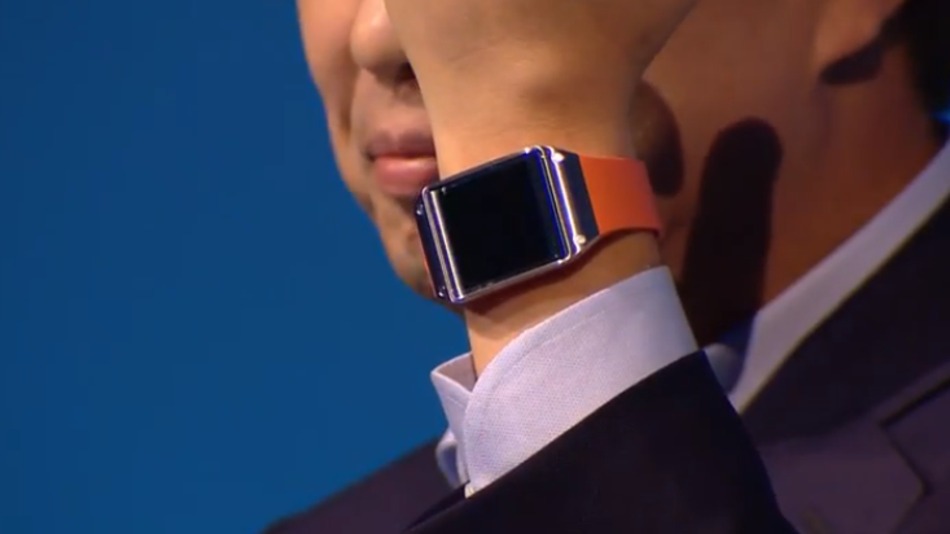 After an early reveal of the Gear on the wrists of Icona Pop singers in New York, Samsung CEO J.K. Shin unveiled the real thing here in the Tempodrom event venue, in front of what we’re told told is an audience of 2,500 people. 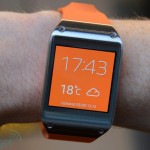 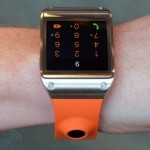 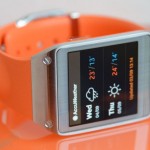 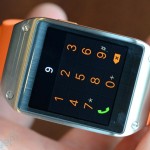 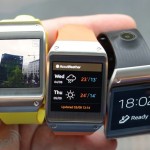 The device’s specifications are somewhat less exciting than what was rumored: a 1.63-inch, 320 x 320 pixel Super AMOLED screen, a 1.9-megapixel camera (placed on the wristband), an 800MHz processor, 512MB of RAM and 4GB of storage.

If you’re wondering what that camera could be used for, here’s an idea: Memographer. It’s a feature that lets users record photos and videos on the go and share them on social networks. Yes, that doesn’t sound too revolutionary, but the fact that you can do it from your wrist — without pulling the phone from your pocket — makes it a bit more useful.

Gear supports voice operation, letting the user conduct hands-free calls directly from the watch. You can also control music played on a Samsung Galaxy device, and it has a built-in pedometer which can be used to track physical activity.

Finally, there are the third-party apps — Samsung has 70 partners at launch, including RunKeeper, Tripit, Evernote, Vivino, eBay and Path.

Galaxy Gear will become available on Sept. 25 worldwide (in more than 140 countries, Samsung claims) for the price of $299.