MHL 3.0 promises double the bandwidth, 4K support
Omate TrueSmart watch launches on Kickstarter, works with or without your smartphone 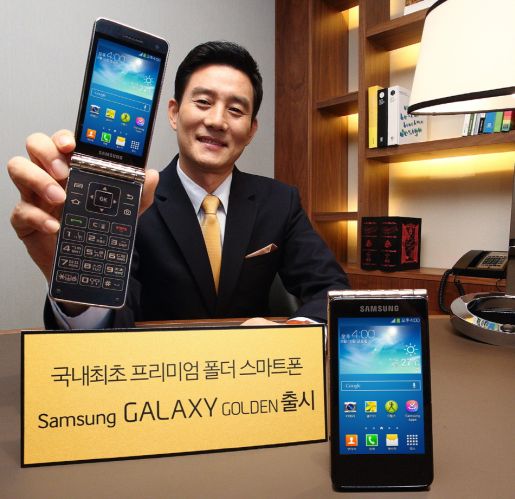 Samsung clearly thinks the flip-phone is here to stay. After all, why else would it launch two new clamshells in a matter of weeks? Today, the tech giant debuted the Galaxy Golden, which is strikingly similar to the Folder that leaked under an almost identical model number just prior to the Hennessey’s official arrival. The Golden sports dual 3.7-inch Super AMOLED screens, Android 4.2 Jelly Bean, a 1.7GHz dual-core processor and an 8MP camera. There’s a slew of features aimed at older folks too, like an “easy mode” that can optimize the home screen, a pedometer that works with S Health, a business card recognition function and even an FM radio. Koreans in their golden years with a spare 790,000 won (if Google Translate is to be trusted), or just over $700, might appreciate these tailored features, as they’ll probably be on-board with the aging form factor, too.