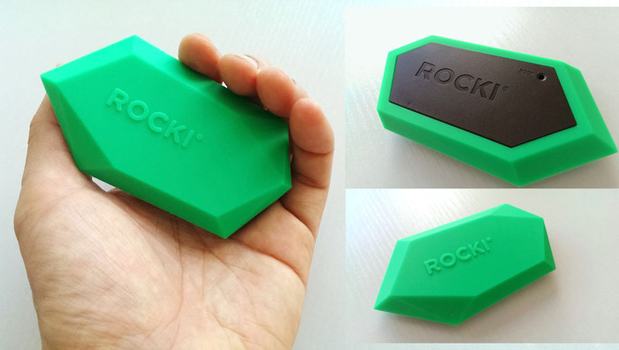 The Rocki concept has been floating around for a bit, but now the company’s ready for the hardware startup rite of passage that is the Kickstarter campaign. The idea’s a pretty straightforward one: a module that plugs into the back of an existing sound system via audio jack or RCA, essentially turning it into a wireless speaker system. The little hexagonal Play device streams music over your home network via 802.11b/g/n, which has some notable fidelity and range advantages over Bluetooth. Assuming you’ve already got some speakers lying around, it’s also a fair bit cheaper than investing in a new Bluetooth or WiFi versions. The company is developing an Android app for the Rocki, letting you stream your music to multiple devices (assuming, of course, that you’ve got multiple Play modules throughout your home), with iOS and HTML5 versions on the horizon. Get in early, and you can snag one for a $45 pledge.