Twitter Is for the Young, Facebook Is for All Ages
New Honda Civic packs multi-touch interface and Here Maps navigation 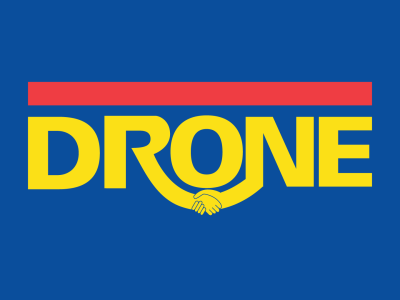 Why buy something when you could rent it, have it instantly delivered when you need it, and taken away when you’re done? While Amazon’s unveiling of its Prime Air drone-powered delivery service could make buying easier, it’s drone pick-up that could make it so we don’t need to buy things at all.

The sharing economy holds the promise of a more efficient, collaborative way of living. Startups like Airbnb and GetAround are thriving by making use of our empty apartments and parked cars. It’s proving feasible for humans to share housing and transportation, but we haven’t quite figured out the sharing of most objects. Perhaps the biggest hurdle is delivery and pickup.

A few startups like Neighborgoods have tried and failed to let you rent things from other normal people. Need a stud finder or hot glue gun? Don’t buy one and rarely use it. Instead, search in your town for someone who has what you need and rent it. Problem is, who wants to drive across town and back twice to scoop up a rental and drop it off when they’re done? Factor in the travel time plus gas and it might be easier/cheaper to just buy the object.

Unlocking The Sharing Economy Of Things

Amazon last night showed off its experimental Amazon Prime Air unmanned aerial vehicles that could one day deliver what you buy from its e-commerce site. The hope is that within five years, Amazon Prime Air’s autonomous drones could deliver items weighing up to 5 pounds (84 percent of what Amazon ships) within 30 minutes to the right locations.

Caveats abound. As Quartz notes, it could be a long-time, perhaps 2020, until the FAA determines drone delivery is safe enough and the red tape is navigated to permit it. The Hill reports that lawmakers want better drone privacy rules. Even then, the Washington Post explains that drones might need human pilots that could kill their cost-effectiveness for deliveries/pick-ups.

Sure, there’s plenty to poo-poo. But it’s hard not to imagine that robots will eventually alter the landscape of how goods move about.

While he’s normally focused on filesharing and identity, Facebook Director Of Product Management Sam Lessin has been thinking for a while (and even did a Tedx talk) about how robots will enable the “end of ownership.” He believes Uber, Google’s self-driving cars, and Amazon Prime Air are all pushing us in the same direction – a world where we buy less and share or rent more.

This morning Lessin wrote that Amazon Prime Air “is actually all about the backhaul. It will be cool when drones can deliver something to you in 30 min… it will be much much cooler when the drone can pick it back up when you are done with it. Drones (and self driving cars) are the key to the ‘sharing’ economy.”

He’s right. Today, the most convenient way to have access to something you want is to own it and keep it where you live. That’s because the process of having something delivered is too costly, cumbersome, and slow to do every time you need it.

Luckily we’re seeing delivery times get shorter at a dizzying pace. Until recently, a few days to a few weeks was the quickest you could get something brought to your door. Then Amazon’s shipping empire enabled affordable and reliable two-day and next-day delivery. Now there’s a slew of companies, including Walmart, Google and eBay, vying to offer same-day delivery where you order something in the morning and get it by night.

Still, people don’t want things soon. They want them NOW. A 30-minute Amazon Prime Air is the closest approximation of “now” we’ve seen yet. It’s one reason Amazon’s little drone video is a viral hit today (a savvy way to show Amazon is an innovative company to love or work for, as well as keep the e-commerce service top of mind on Cyber Monday). 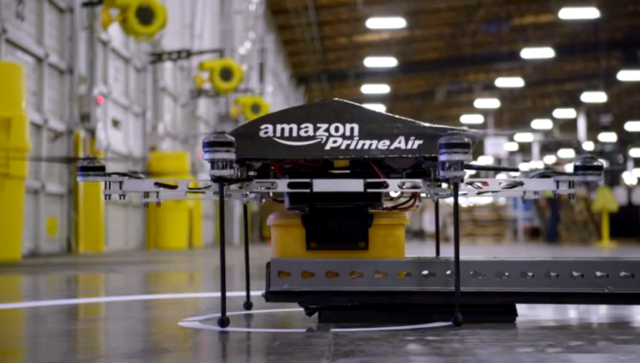 Yet the greatest impact of robotic delivery might not be owning things quicker, but rather not having to own them in the first place. That’s because once you can have something approximately now, the functional difference between ownership and rental disappears.

What if rather than buying with Amazon Prime Air, you rented? Jeff Bezos’ drones could pick up your item when you’re done with it and bring it back to the warehouse, or even directly to another customer.

Imagine if this means that, rather than buying something for $100, you might only use once or twice, you could rent it for $25 each time you needed it. You could save money with minimal additional inconvenience. You’d already have to wait for the initial delivery if you bought it, so the only price you pay for your discount is the 30-minute wait times on subsequent deliveries.

Perhaps drones aren’t the answer. There are plenty of obstacles to their commercial use. Maybe we’ll 3D print what we currently buy. And there will always be things too big to be conveniently shlepped around. But eventually, I’d bet it won’t be humans delivering the pizzas, tools, electronics, clothes, and many other things we buy or borrow today.

If the shift is heralded by centralized companies like Amazon, we might see trucks full of drones deployed to more remote areas. The drones could fan out to do their deliveries and pickups, and return to the truck to be brought back to the warehouse.

The end of ownership could also be fueled by a decentralized peer-to-peer model. Maybe you buy things you use relatively frequently, but keep them in a storage unit just outside of town and rent them out via drones when you don’t need them. That means your house or apartment could be smaller because you’d have fewer unused things to store.

Either way, as Lessin wrote on Quora earlier this year, storage/shipping/drone launch pad real estate near big cities could become more valuable to Amazon and everyone. And while there are plenty of issues with airborne drones, similar value could be offered by road-based self-driving cars. Google and Uber could one day team up to start carry objects instead of just people.

Though it could take decades, the repercussions of this shift away from ownership are numerous. 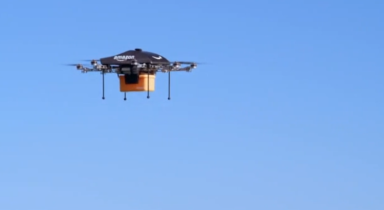 We might buy less stuff and all objects would spend more of their existence being used rather than in a closet, so we wouldn’t have to manufacture as many copies of things. That could put lots of people out of work. No, there aren’t enough drone repairman jobs to make up for all those lost on the assembly line and delivery chain.

On the brighter side, what happens to the savings we score from rental over ownership? Sure, we might pocket it. But we could also rent higher-quality versions of the cheap things we would have bought, or rent things we never would have gotten to use at all.

Perhaps most exciting of all is what the transition from owning to sharing could mean for our psyches. Maybe a rental economy wasn’t what the Buddha intended when he said we must cast off material possessions to achieve nirvana. But the sharing economy could make status less about the things we own, and more about what we do with them.