Fitstar, The Startup Looking To Reinvent The Home Workout From The iPad, Finally Launches
BubblePod Helps You Take the Perfect Panoramic Image

When we have a question, our smartphones are there for us. They are the revolutionary personal assistants that tend to all our planning and searching needs.

But one tech developer wants to push mobile gadgets one step further to help us even more.

Benki, which launched its Kickstarter campaign Tuesday, promises to combine our home devices into one well-designed interface with three components: a smart outlet, a battery-powered camera and an open-and-close sensor for doors and windows.

Kickstarter has hosted similar smart-device projects before, but Benki’s creators want your phones to turn appliances on and off, rather than just gather data and monitor usage. Benki, which is essentially a service for connecting your devices, is controlled with an app for iOS and Android, so you know what your devices are doing wherever you are. 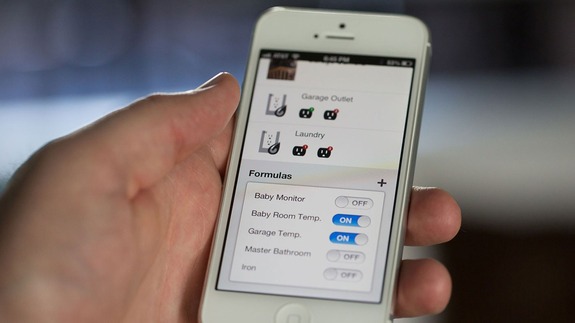 The smart outlet can turn plugged-in appliances on and off at remote command; it also comes equipped with a temperature sensor, light sensor and microphone. So if you want to get creative, you can use Benki as a baby monitor (shown above), or for a variety of other tasks. It will also track your power usage over time.

The battery-powered camera gives you visual insight into what’s happening in a given area of your home throughout the day, and the open-and-close sensor will alert you if a door, cupboard or window becomes ajar.

What do you think? Would you use Benki in your home? Share your thoughts in the comments, below.