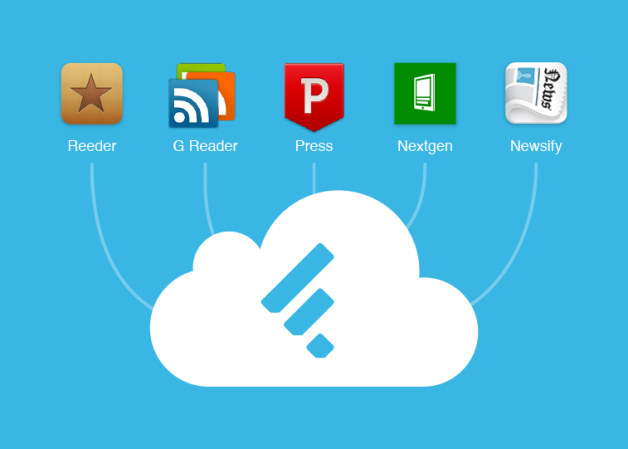 In less than a month, Google Reader will shut down for good, according to the countdown timer on Digg.com, a company now in the process of building a replacement. For end users, the loss is one of a simple, fast and powerful front-end for browsing news feeds, but for developers working on apps in the RSS ecosystem, it means something even worse: the end of access to the Reader API. Today, Feedly is offering an alternative.

Having recently emerged as one of the more serious contenders to pick up where Google Reader left off, the company has announced partnerships with several RSS app developers, including Reeder, Press, Nextgen Reader, Newsify and gReader, which will move to support the Feedly API before the Google Reader API is shut down. What that means for end users relying on these apps is that the app makers will be able to seamlessly transition their users to a new backend ahead of Google Reader’s impending shutdown.

The API is part of Feedly’s “Normandy” project, which is focused on cloning the Reader API and is now running on Google’s App Engine platform. The Normandy backend will also power Feedly’s own app ecosystem, including its apps for iOS, Android, Chrome, Safari and Firefox. When Normandy was first revealed, the company fielded more than 100 developer requests, but only those app makers listed above were offered the initial invites. A second batch is now in the works.

In addition to news of the API partners, Feedly also offered a brief update on progress, detailing the top requests coming from users on its support forum. The company says it has new dev and operations staff on hand to help it focus on improvements to Feedly’s speed, which is a top request. Users are also asking for better search, a web-only version, support for Windows 8 and Windows Phone, improved group sharing, and more.

The company also touted its tools for publishers, and Feedly button for websites – other indications of the startup’s intent to build more than an online Reader replacement, but rather help re-seed the RSS ecosystem with the necessary tools.

Since the Google announcement, several alternatives have stepped up to fill the void, including startups like NewsBlur, NetNewsWire, “The Old Reader,” Feedbin, Digg and more. Many, however, only have an online interface, not a lineup of apps, an API and the other tools that make for a viable alternative to what Google Reader once provided. Digg, however, is now backed by betaworks, and may have the resources to deliver. It has now moved code to production servers ahead of wider testing. But Feedly has been at this game for much longer, so it has a big head start.

Several weeks ago, Feedly announced that 3 million users had joined since the Reader shutdown announcement from Google. It says now that 68 percent of users who try the service now convert to weekly actives.