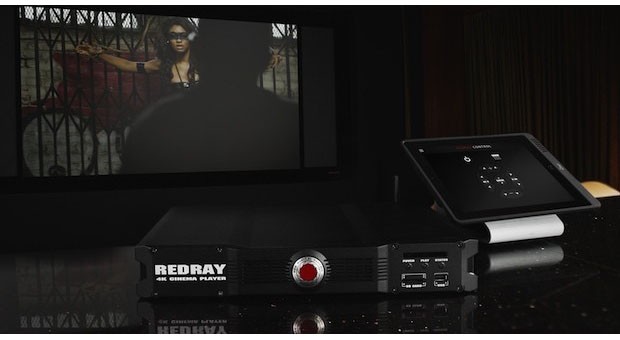 4K televisions are all the rage right now, but they’re still dogged by a slight problem: where’s the content? Red has taken one step to rectify that, as it’s finally started shipping it’s Redray media player, which can send a native 4K (4,096 × 2,160) or up-converted HDTV signal to your UHDTV. It uses wavelet compression tech to play 4:2:2, 12-bit video over a relatively miniscule 2.5MB/s pipe, allowing up to 60 fps 4K video in 3D from a hard drive, USB key or other source. Red will also offer online 4K content via its Odemax.com network, though there’s no word yet on when that’ll launch. Meanwhile, those who pre-ordered the player for $1,450 last year (it’s now $1,750 at Red’s store) should be receiving it soon, along with an iOS app to control it, pending Apple’s say-so. As for the Redray laser projector — also promised earlier this year starting at $10,000 — there’s still no word on when it’ll grace our eyes.