When you think electric car, “fast” might not be the first adjective that comes to your mind. But at 204 mph, Drayson Racing has a electric race car that surpasses the impressive speeds of Nissan’s experimental ZEOD electric car, which Mashable covered last weekend.

UK-based Drayson’s new B12 electric car packs 1,126 horsepower between four engines inside a carbon-fiber-covered structure. As explained in the video above, it’s faster than Nissan’s ZEOD, which reached a top speed of 184 mph. The B12 only takes about three seconds to surpass 0-to-60 mph. 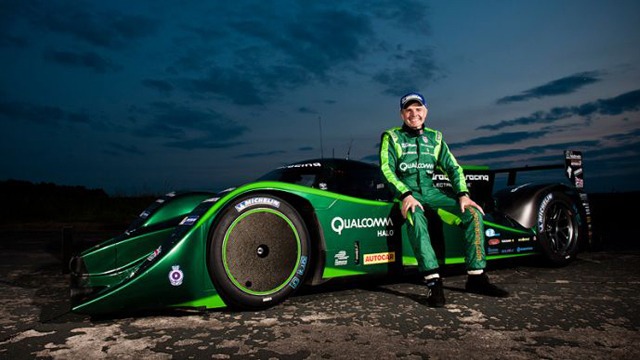 To test the B12’s potential, Drayson CEO Lord Drayson had driven the car on an old Royal Air Force runway in the UK, Gizmag reported. As it turns out, the B12’s 204-mph speed beat an old electric vehicle speed record of 175 mph, which was set in 1974.

“It is not the outright speed of 204.185 mph that is most impressive about this record, but the engineering challenge of accelerating a 1000 kg electric vehicle on a short runway over a measured mile,” Lord Drayson said in a statement.