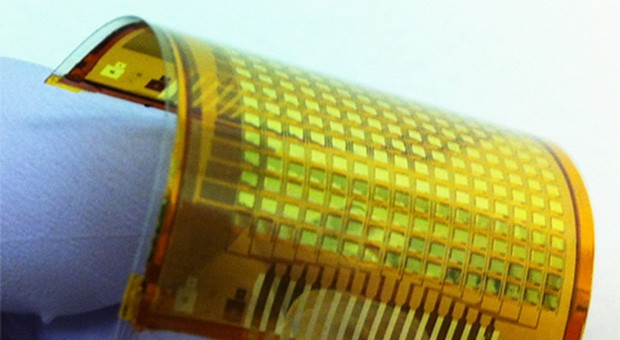 Flexible circuitry is frequently a one-way affair — we’ve seen bendy displays and touch layers, but rarely both in one surface. UC Berkeley is at last merging those two technologies through a plastic skin whose display reacts to touch. By curing a polymer on top of a silicon wafer, the school’s researchers found that they could unite a grid of pressure sensors with an OLED screen; they just had to remove the polymer to create a flexible skin. As the film-like material can be laminated on just about anything, it maylead to touch displays in places where they were previously impractical, or even very thin blood pressure sensors. It could also be easy to produce — since the skins use off-the-shelf chip manufacturing techniques, commercial products are well within reach.