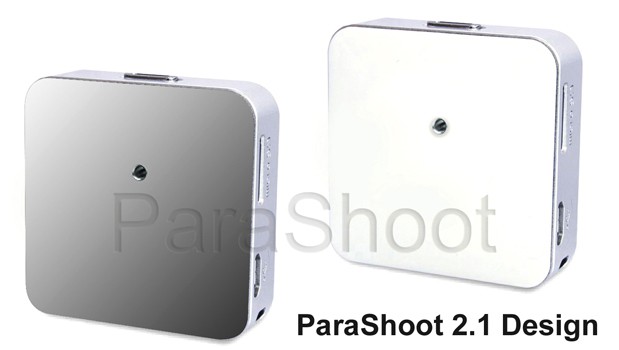 You may remember the ParaShoot wearable camera we covered a few weeks ago, which had shattered its crowdfunding target with a month and change to spare. If you decided to sink some cash into the project, then you may also be aware it was suspended on Kickstarter a couple of days ago. Matt Sandy from the ParaShoot team has been in touch to share what little info he has — it’s claimed the suspension was out of the blue, and no communication has come from the funding site since. With “manufacturing plans” sorted, however, there’s no time to twiddle thumbs, so ParaShoot’s hit Indiegogo instead. Seeking $117,358 — the amount the Kickstarter campaign was frozen at — version 2.1 proposes a slightly different flat-fronted design (see above and try to ignore the ugly watermark), more choices of skin and a new time-lapse photo feature. Pledge levels are the same, although there’s now a “Distributor Pack” option if you want ten of the things. We’ve reached out to Kickstarter to see if it’s willing to tell us the other side of the story, and we’ll let you know if we hear back.