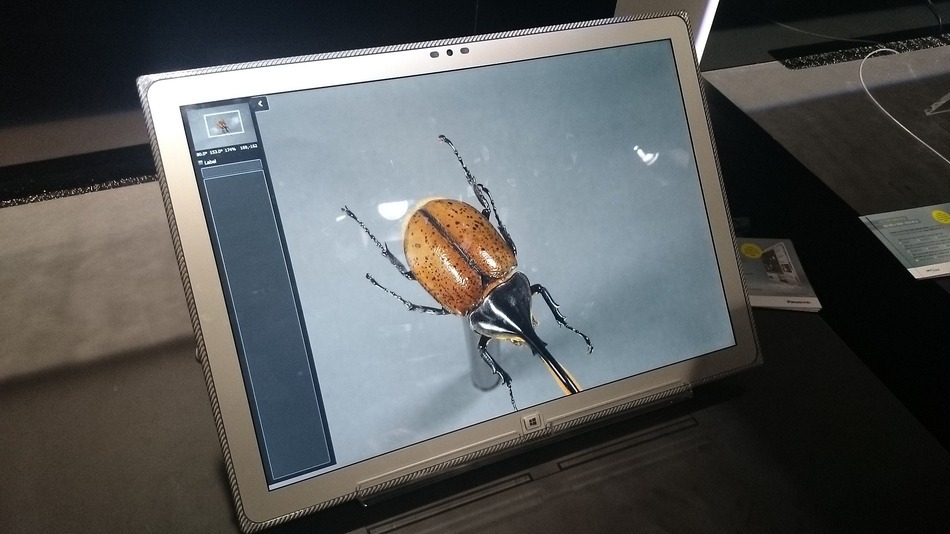 BERLIN — The Toughpad 4K, described as “the world’s first” 20-inch tablet with an Ultra HD (4K) resolution, was a standout among many items featured at Panasonic’s IFA booth on Sunday.

The tablet isn’t something you’d buy for your kids, though. Aimed more at businesses such as museums, it displays a crystal-clear 3,840 x 2,560 pixel resolution, and comes in a rugged, carbon-fiber case designed to withstand a lot of abuse.

In one of the demos set up by Panasonic, the Toughpad was in museum-ready mode, letting users zoom into a high-resolution image of an exhibit, as well as rotate it from all angles.

And if you’re wondering what’s under the hood, the Toughpad’s specs are laptop-worthy: an Intel Core i5 vPro processor, 8 GB of memory, Nvidia GeForce graphics and 256 GB of storage.

What do you think of the Toughpad? Tell us in the comments, below.