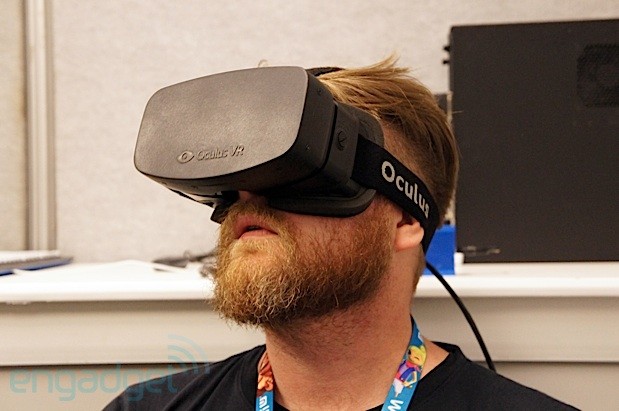 Oculus announced its first round of funding today, wherein the company secured $16 million from investors specifically aimed at putting the Oculus Rift in consumer hands. The nascent virtual reality hardware company has repeatedly said its end goal with the Rift is to make it a consumer product; currently, only folks who backed the Rift on Kickstarter and those willing to spend $300 on a developer kit have access. A handful of games support the Rift, though more and more developers are promising not just support in their games, but entire games built from the ground up with VR in mind. An HD version of the headset was also introduced at last week’s E3 gaming show.

Oculus’ new business partners apparently see enough financial potential in the Rift to not only invest heavily, but to also take on board positions — both Santo Politi of Spark Capital and Antonio Rodriguez of Matrix Partners are now on the Oculus board of directors. “What Palmer, Brendan and the team are building at Oculus so closely matches the Metaverse that we had to be part of it. Working with them to get this platform to market at scale will be enormously exciting,” Rodriguez said of today’s news.