Shopzilla Acquires Zappli, An M-Commerce Startup Behind A Fast, 2-Click Mobile Checkout Technology
How to Create an Instagram Photo Hack 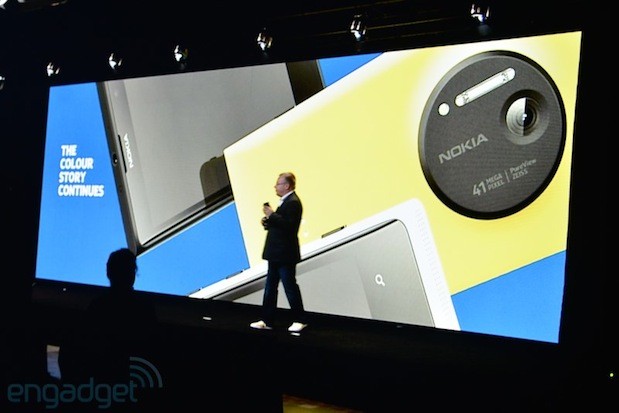 We can’t say we were really taken aback with shock at the news, but Nokia has officially unveiled its latest imaging flagship, the Lumia 1020. The 41MP Windows Phone, which has been anticipated by many enthusiasts since the 808 PureView was introduced, is looked at Nokia as “the next chapter in smartphone photography.” With the phone only offered in yellow, black and white hues, it’s not the most colorful device in the Finnish company’s repertoire, but Elop’s gang is hopeful that it can make up for the lack of color with a stellar imaging experience: in addition to the high megapixel count, the 1020 will feature OIS, BSI, lossless zoom, six Carl Zeiss lenses, 1080p video capture, xenon flash for stills and LED flash for video.

While the resolution is top-notch — you’ll be able to take 34 and 38MP pictures, depending on your desired aspect ratio — the 1020 will also simultaneously take 5MP oversampled shots that are much more friendly for Facebook and SkyDrive sharing (not to mention capped data plans). The phone also has ball bearings and tiny magnetic motors built-in to aid in optical image stabilization. If you’re worried about being able to change settings or do other imaging adjustments, the 1020 offers a Pro Camera lens app that includes white balance, ISO, exposure and others. Still not enough? Nokia’s also adding an optional camera grip which adds external battery and a tripod mount.

Outside of the imaging prowess, the Lumia 1020 isn’t very far removed from the Lumia 925, which was recently launched not too long ago. For a full comparison on the spec sheet, head here to see what’s changed.