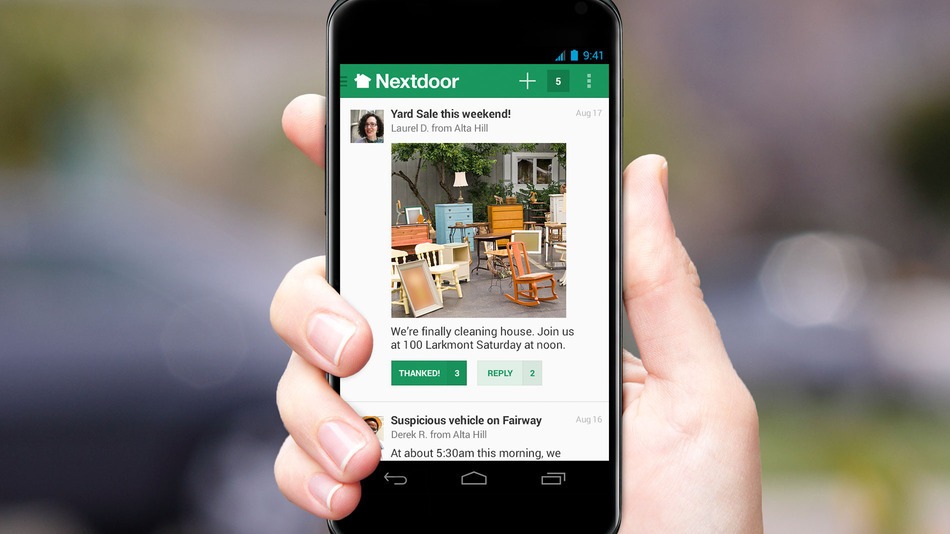 Nextdoor, the social network designed specifically for neighborhoods, rolled out its Android app on Wednesday.

Nextdoor users already generate more than 20% of the site’s content using its iPhone app, which launched in May, and CEO Nirav Tolia believes that it won’t be long before the majority of users access Nextdoor on mobile.

Nextdoor has built up social networks to serve individual neighborhoods since 2011. Users must show proof of residency within a certain neighborhood to be admitted, and the hope is to create an environment where “it feels as safe to share online what you would share offline,” according to Tolia. It’s not uncommon for users to post phone numbers, addresses or even names of their children on the site, knowing that they are amongst a closed, local community.

The utility of the iPhone app has made it popular among these tight collections of neighbors. Tolia said he has received dozens of stories about users helping neighbors avoid parking tickets or find lost pets — examples where the app’s mobile presence comes in handy.

Nextdoor also partners with many local authorities, which means users can receive neighborhood-specific emergency alerts in the case of any danger.

“With our native Android app, more neighbors can stay closely connected about everything happening in their neighborhood no matter the time or place,” Tolia said in a press release.

Users often categorize Nextdoor as a Facebook for neighborhoods, but that’s not exactly right, Tolia said. Unlike Facebook, where users are encouraged to share personal nuggets about their days or interesting stories, Nextdoor is more of a utility site — a Craigslist and LinkedIn hybrid, restricted to those who live closeby. “[Nextdoor] is not about self-expression,” he told Mashable. “This is about problem-solving.”

Nextdoor includes a list of more than 18,000 neighborhoods to choose from on the site, and adds about 75 more each day.

The company’s venture into Android comes just a few months before another big step: international expansion. Tolia said that Nextdoor is already in talks with “dozens” of national governments, including Japan’s, which contacted Tolia after the 2011 tsunami left thousands dead and many more missing. 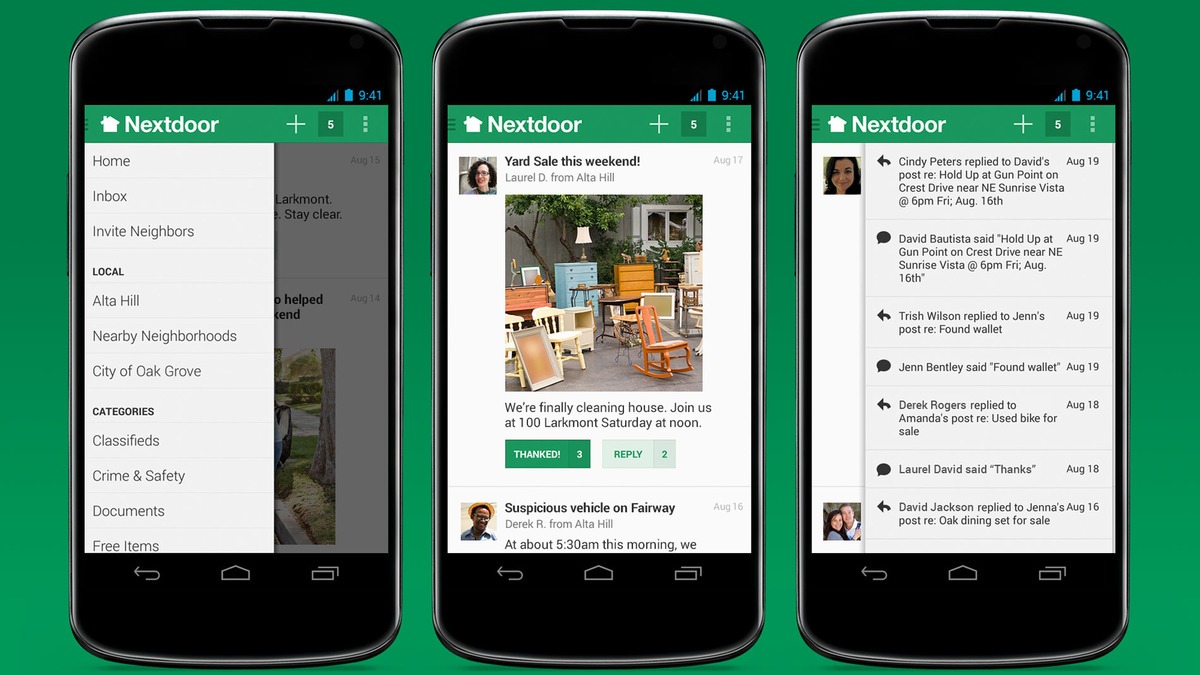 Do you use Nextdoor’s mobile app? Tell us in the comments below if it’s been useful fo ryou.