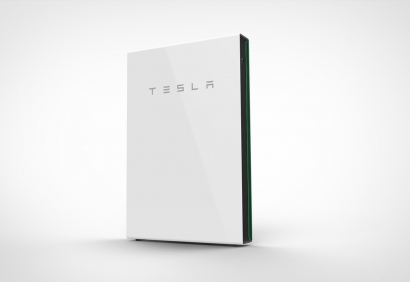 When Elon Musk released the second generation of Tesla’s home battery in October, one of the key upgrades was the inclusion of an inverter.

That piece of power electronics plays a vital role in switching the battery’s electricity from DC to AC so it can be used in the house or sold back to the grid. The first Powerwalls needed a separate inverter, adding time and expense to an installation. Putting Tesla’s in-house inverter in the box amounted to a significant advance in the customer experience.

It turns out, the situation is a little more complicated.

The Powerwall 2 actually comes in two different versions: an AC-coupled model that includes the inverter and a DC-coupled one that does not. That’s a departure from the company’s product website, which says the new Powerwall is an “all-in-one” product that “uses an internal inverter to convert DC energy to the AC energy required for your home.”

Tesla didn’t advertize its decision to offer both types of battery, but doing so gives installers more options in designing the best system for a given house. And Tesla says it will charge the same price either way.

A choice of architectures

By quietly offering Powerwalls with or without an inverter, Tesla is providing installers options to customize the product for homeowners, without asking the customer to think through the details of power electronics.

“Tesla is trying to simplify the information that it’s providing to the end customers, whereas other companies will specifically say, ‘This is an AC-coupled system or a DC-coupled system,'” said Ravi Manghani, energy storage director at GTM Research. “It’s probably an information overload in some cases.”

So far, Tesla has only authorized its batteries to pair with SolarEdge and SMA inverters, although more are expected eventually. That meant plenty of customers who already had rooftop solar PV couldn’t attach a Powerwall to their already installed inverters. The new AC-coupled Powerwall, though, will be able to drop seamlessly into those systems.

The market of households with solar on the roof, by the way, totals more than a million in Australia, the U.S. and Germany. That constituted a major driver for Tesla’s addition of the inverter in the Powerwall 2.0.

Tesla is not alone in moving toward AC-coupled batteries. Sunverge launched one this month, Enphase built its new battery system around its distributed AC microinverters and Sonnen does AC-coupled as well, to name a few.

That AC-coupled Powerwall would work with a new solar system, too, but the solar generation cannot flow directly to the Powerwall’s inverter. The solar array needs different DC voltage capabilities and a power point tracker.

That’s where the DC architecture comes in. In this design, the PV system and an inverter-less Powerwall connect to one hybrid inverter, potentially streamlining the system.

Some electricity gets lost in conversion, so a DC system benefits from sending solar generation straight to the battery to be converted later, before it’s used, rather than going through an inverter on both the solar and the battery sides. The DC Powerwall has a roundtrip efficiency of 92 percent, compared to the AC model’s efficiency of 89 percent, according to Tesla.

On the other hand, hybrid inverters tend to have lower efficiency than the dedicated inverters AC systems use. In other words, the DC and the AC Powerwalls optimize for different use profiles, depending on how much electricity is consumed as it’s generated versus how much is stored for later.

All for one low price

The Powerwall 2 ships in early 2017, although the company has not yet confirmed if that’s the timing for both versions. The integrated inverter makes the AC Powerwall more of a step forward from the first generation, so it could take a little longer to roll out than the DC version.

Tesla will offer both versions of the Powerwall at the same price, which is surprising given that such inverters can sell for a few thousand dollars on their own. The company is leveraging the scale and engineering innovation over at Tesla’s electric car manufacturing wing to cut costs for its storage inverters.

The DC system comes with a built-in DC/DC converter, which takes care of the voltage issues noted above. That could more or less even out the cost of production for the two types of Powerwall, Manghani said.

Setting aside the complexities of differing storage architectures, the 14 kilowatt-hour Powerwall starting at $5,500 clearly leads the field on listed price. When customers ask for it, that’s what they’re looking for, not the options for the type of current it holds.

A residential storage competitor like Sonnen would jump in at this point and say Tesla’s emphasis on battery pricing distracts from the overall system costs. Indeed, at some point since the product launch, Tesla’s website has added $1,500 as the estimated base price for installation and supporting hardware, bringing the overall price up to $7,000. Those costs vary wildly from install to install, though, so real-world costs look different.

Installing a DC- versus an AC-coupled system looks different too, so the actual price a customer pays could vary based on that decision, even if the cost of the battery does not.

As homeowners get more familiar with energy storage, companies may see a benefit in explaining to consumers that installing this product requires a lot more than plugging in a metal box. Right now, that approach might just fry their circuits.