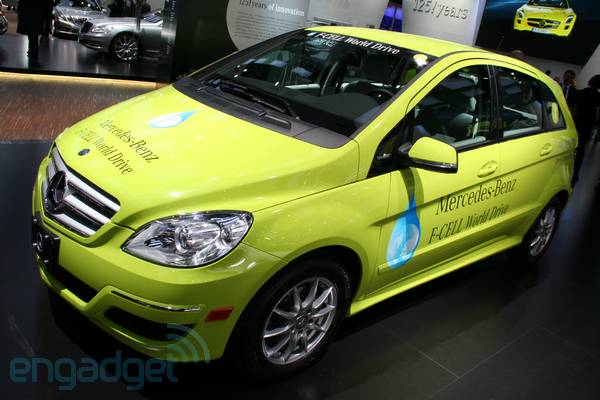 It’ll be about two years yet until you’re able to buy a hydrogen-powered vehicle, but one company is already making progress in ensuring those cars will be as gentle on the environment as possible. BASF, the world’s largest chemical maker, has come up with a hydrogen-making process that would purportedly cut carbon dioxide emissions in half, making fuel-cell vehicles generally cleaner than EVs. Until now, the holy grail has been hydrogen produced without introducing oxygen, as that would mean avoiding carbon dioxide emissions. The problem is, that’s meant cranking up the operating temperature, which means you’re using more energy, which means, uh, you’re looking at some carbon dioxide emissions. In this new system, though, BASF recycles heat more efficiently so that the company doesn’t have to raise the temperature quite so high. Additionally, the company’s cooked up some new catalysts it hopes will make the process more cost-efficient. No word on when or where this method will be implemented, but BASF is already hopeful it could be useful in other industries, like oil refinement, which similarly use lots of hydrogen.