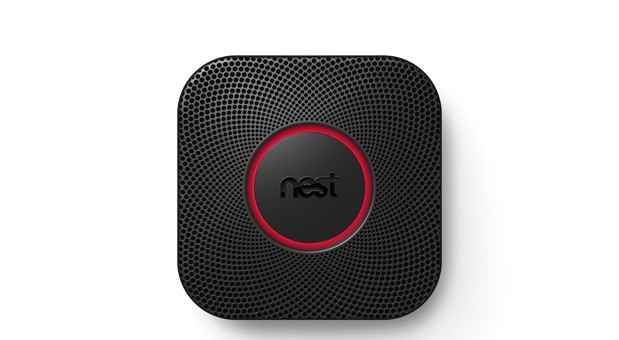 Gosh, we were really excited to tell you what Nest’s latest product is (we really didn’t think you were going to guess), but then someone had to go and spoil the surprise. At any rate, the news is now official: Nest is indeed coming out with a smoke / carbon monoxide detector and yes, the product is called “Protect.” As you can see in the photo above, Nest is trying to do for smoke detectors what it’s already done for thermostats. Which is to say, it’s trying to take a mundane household object and make it sexy. Well, sexy and smart. It wouldn’t be a Nest device if it didn’t have WiFi built in, allowing you to control the settings and check the battery life using a mobile app (it’s available for iOS, with Android versions in both Google Play and the Kindle App Store). Also, the WiFi connection allows one Protect to talk to another. In the event of an emergency, all of the Protects in the house will go off, using a female speaking voice to let you know there’s a fire or CO. 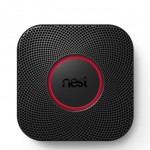 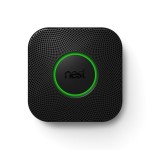 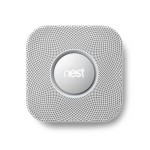 But wait a second, what if there’s no emergency? What if you just slightly burned your artisinal grilled cheese? In low-threat situations like this, Protect will warn you that it senses smoke, and then give you a chance to wave away the alert with your hand — yep, the same way you’d wave away smoke itself. As you’d expect, the grace period depends on the urgency of the situation: if you’ve just been cooking dinner, you might be able to wave away the alert before the alarm goes off, but if there really is fire, you understandably won’t get the luxury of a warning. Meanwhile, on the back end, the Protect can work in tandem with a Nest thermostat, so that if the Protect detects carbon monoxide, Nest will shut your heat off (many CO leaks are related to heating). 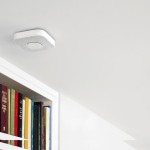 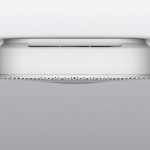 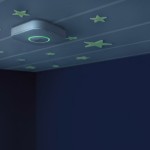 In addition to being a proper smoke and carbon monoxide detector, the Protect also acts as a night light of sorts: it has a motion sensor that allows it to glow briefly when you pass by in the middle of the night. What’s nice, too, is that although you might want this feature while making your way to the bathroom, that pathlight is actually disabled by default in bedrooms, so you don’t have to worry about waking your partner. (When you set up the Protect, you specify what room of the house you’ll be using it in.) As for battery life, it’s said to last for years at a time, though Nest isn’t making any specific claims beyond that. Once this ships in a few weeks, you’ll be able to buy a version that takes six AAs or a different one that’s powered by a 120-volt wired connection. Either way, it costs $129, and will be sold in the US, UK and Canada, with white and black color options.