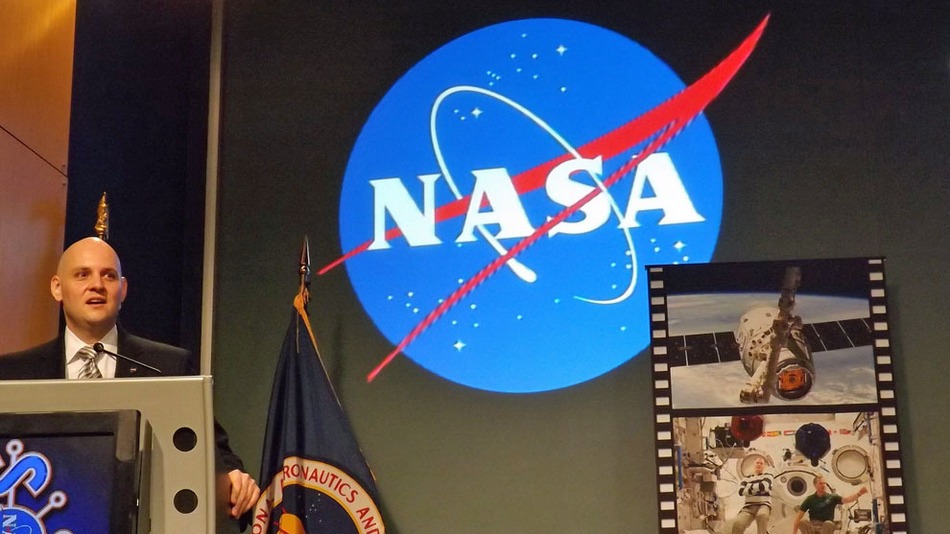 One small step on a social media platform is one giant leap for Instagram.

That’s because NASA launched an official Instagram account on Friday — a social profile it says will “take its fans on an out-of-this-world journey through images of Earth and beyond.”

According to a news release, with content including aeronautics, astrophysics, Earth science and human spaceflight, the NASA account will provide a view of the agency by sharing new and historic images and videos.

On its first day on Instagram, NASA focused on the launch of its Lunar Atmosphere and Dust Environment Explorer, or LADEE, at 11:27 p.m. from NASA’s Wallops Flight Facility on Wallops Island, Va. NASA says LADEE is a robotic research mission that will orbit the moon to gather information about the structure and composition of the lunar atmosphere and determine whether dust is being lofted into the lunar sky.

Throughout the day, NASA posted historic moon images and real-time photos from the launch complex leading up to and including liftoff. As of Saturday, 6,400 Instagram users had liked the LADEE launch image.

“That’s the theme for the day – Instagram moon day,” says John Yembrick, NASA’s social media manager, adding the probe to the moon would be visible from the Carolinas to Maine.

According to Yembrick, NASA’s Ames Research Center and Goddard Space Flight Center have existing Instagram accounts, which NASA was “testing to see how it went.”
Instagram is a good platform for the agency because “NASA is such a visual organization,” Yembrick says.

NASA has countless images to share, including those from the Hubble telescope as well as the sun.

“What we launch today with images from the moon is such a dynamic story to tell visually,” he adds.

The agency also uses Flicker, Twitter, Facebook and Google+ to share photos.
“NASA is trying to inspire the world to exploration and discovery. We’d really like to reach out to let people know what we’re doing in space exploration and how it impacts their lives and shapes the world,” Yembrick says. “I’d also say we’d like to hit people who use the [Instagram] platform. One of the things about [Instagram] is that you go on to share an aspect of your life and through it you can learn what NASA is doing. You don’t necessarily expect to learn, but you can if all of a sudden it’s in front of you. It’s not just pictures – it’s telling the NASA story.”

Also on Friday, Instagram issued a tweet to welcome NASA. By the next day, it had been retweeted 1,000 times and favorited 500 times.

The agency’s primary Twitter account, @NASA, has 4.7 million followers, which NASA says is more than any other federal agency.

“We’re trying to evolve,” Yembrick says. “We’ve been on Instagram for awhile, but I wish we were on it sooner. Sometimes the government doesn’t move as fast, but I think it’s a great platform for us as we evolve and are trying to reach a different demographic and audience.”

NASA was established by President Dwight D. Eisenhower in 1958. The organization says its vision is “to reach for new heights and reveal the unknown so that what we do and learn will benefit all humankind.”