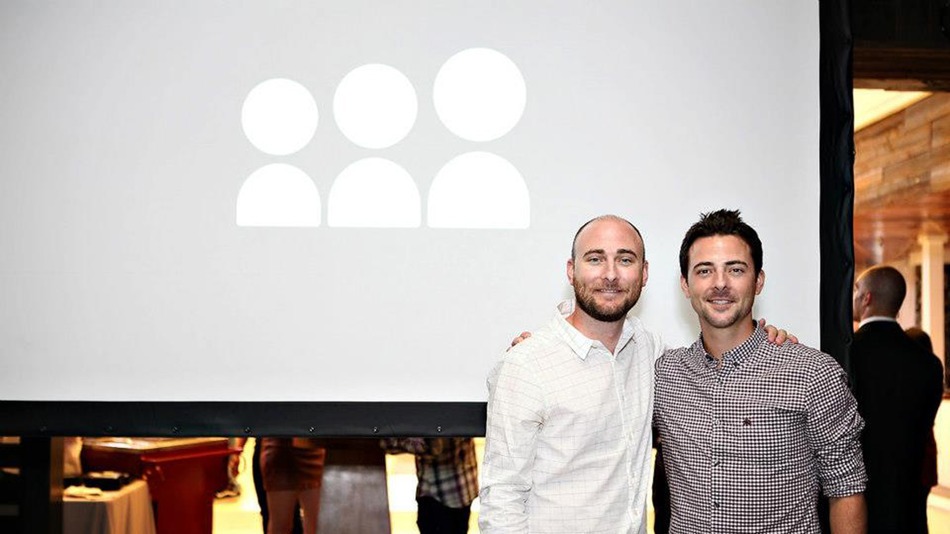 The new Myspace, which first came online in late 2012 as a music-discovery service with the support of Justin Timberlake, officially launches to the public today. At the same time, the old capital-S MySpace is no more, departing for that big social network in the sky (although all user content will still exist on the new site).

With the launch of the new Myspace comes a new app for iPhone, finally adding the big missing component to the service: a mobile experience. With a mobile app, support from artists, growing positive buzz and “classic” MySpace out of the way, new owners

Tim and Chris Vanderhook think they have the ingredients — and the momentum — to make Myspace an online force again.

“One artist in particular, Steve Angello, summarized what we were really focused on,” explains Tim (left, in the photo above). “He said, ‘MySpace used to be my home. Most artists want it to be their home on the web, but I want a single place to house my profile, music, videos and fans, and a feedback system to make me better at what I do.’ That sums up the vision of Myspace.”

Myspace for iPhone is a free download, and includes an ad-supported radio service, but with a twist. Instead of using an algorithm that builds custom radio stations based on songs and user preferences à la Pandora or iTunes Radio, Myspace relies on its users — which includes many artists — to create stations.

“It’s called My Radio,” says Tim. “There’s a ton of radio services trying to solve discovery through algorithms. We’ve given everyone on our platform their own radio station. You can go on the desktop, program what you want people to listen to. You become the DJ. It’s for regular people all the way up to Justin Timberlake.”

The mobile app includes another bonus feature: a GIF creator.

“They’re hugely popular,” Chris says, “but we kept noticing the creation of GIFs wasn’t that accessible to people. As easily as you can take a photo, we’re including a way for people to create their own GIFs.”

Since its initial rollout and open beta, Myspace has incorporated some user feedback to tweak the service. If you found the design and iconography a bit perplexing (as I did), there are now more signposts and tutorial “cards” to help out first-time users. And lest you think it features only material from well-known artists, it’s made a concerted effort to put up-and-comers into the mix.

“People are freaking out over the fact that we’re actually lending our most expensive real estate — the homepage — and promoting them,” Chris says.

Although the Vanderhooks are proud of the social-music experience they’ve created, it’s clear they have even bigger dreams for Myspace. Tim says the service as it exists today is the “tip of the iceberg,” although he refocuses on the here-and-now after I remind him about the (so far unfulfilled) promises Myspace made about introducing a second-screen TV experience a year and a half ago.

“For us, it’s about staying focused on music and really ensuring that we deliver a winning experience,” he says. “I can’t really say when we’ll start to broaden that scope, but if we stay focused we’ll be successful and that will allow us bigger opportunities.”

Over all the gung-ho talk, the stigma of classic MySpace casts a deep shadow.

Can the new Myspace really get people to think of it as anything other than an ancient social network they’d like to forget about?

Can the new Myspace really get people to think of it as anything other than an ancient social network they’d like to forget about?

“There’s no fancy marketing campaign that will change that overnight,” admits Chris. “We pay a lot of attention to what the sentiment is toward the brand, and when we acquired MySpace we were at over 90% negative. But if you look on Twitter today, it’s over 80% positive. And we’re not doing any marketing — just focusing on product that serves the artist community.”

How do you like the new Myspace? And do you think it will be able to cast away its stigma as a failed social network? Let us know in the comments.