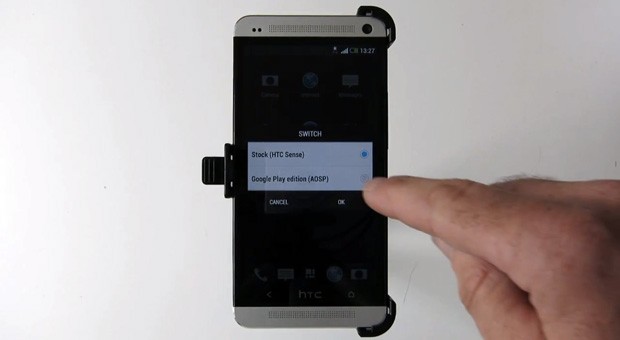 Can’t decide between HTC One’s native spin on Android and the Google Edition’s vanilla build? Now you don’t have to: MoDaCo.Switch is now officially available for public beta testing. True to its name, this custom firmware allows users to reboot the phone and switch into a different version of Android, making it easy to enjoy both Sense 5 and Google’s stock AOSP Android build independently. It’s more than a simple dual-boot, however, MoDaCo.Switch shares apps and data between both builds, which makes using them together a less jarring experience. The Beta still has some limitations of course; MMS and call log data isn’t shared between ROMS and there seem to be some issues with fast boot. Still, if you’re willing give it a spin, hop over to the adjacent source link to get started.