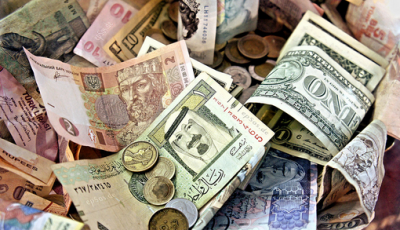 Mobile payments provider Fortumo has launched a program that will serve as a “one-stop shop” for Chinese developers that want to distribute their apps in other countries. Called Fortumo Expand, the program offers Android, Windows Phone and Windows 8 developers access to the Estonia/U.S.-based company’s network of mobile carriers in 80 countries, as well as localization, testing, distribution and marketing services.

Fortumo Expand is a counterbalance to the company’s direct billing agreements with the three major telecoms in China, which helps foreign developers gain a larger foothold by allowing them to offer carrier billing for their apps. While working with Western clients like Rovio, EA, Gameloft, Zeptolab and Badoo, Fortumo saw that it was just as difficult for their counterparts in China to scale internationally, especially if they do not have partners in other countries to help deal with differences in language, culture and business practices.

Fortumo Expand will be headed by Martti Mustila, who was formerly Head of Global Developer Programs at Nokia.

“We want to help Chinese developers get visibility. For Android developers, we help them publish in independent app stores and carrier stores. In the best cases, if an app is doing well, we can also build up a promotional campaign for them,” says Mustila. Fortumo Expand’s monetization plan follows the same model as the company’s other developer programs. The mobile operator takes a cut, while Fortumo charges a 2% to 5% commission.

Fortumo is already working with 30 Chinese app development companies, primarily in the gaming sector. Developers who sign on for Fortumo Expand can decide which countries they want to enter. Fortumo is especially active in Brazil, Russia, Latin America and Southeast Asia, where most consumers make mobile payments through carriers and not with credit cards.

In addition to gaining access to Fortumo’s international network of 300 mobile operators, developers will also have the option of distributing their apps in 23 third-party app stores and receiving monthly reports so they can see which emerging markets have the most revenue potential. Fortumo Expand offers developers free localization and testing services for their first app through Symbio and free advertising for Windows Phone and Windows 8 apps from AdDuplex.