Nest’s Protect smoke detector warns you before it’s about to go off; coming soon for $129
Bike+ is a security alarm and fitness computer for bicycles (hands-on) 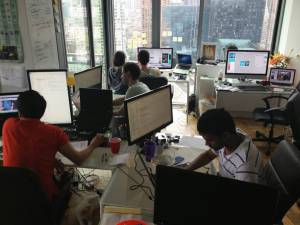 Locket, a startup that runs ads in Android lockscreens and pays users to unlock their phones, has hired Charity Sabater as its first vice president of national sales.

Co-founder and CEO Yunha Kim told me Sabater has been brought on to bring more big brands into the program. The startup recently ran a campaign with Hershey’s for Scharffen Berger chocolate, and Locket even has a page where users can vote on the brands whose advertisements they want to see.

Sabater was previously senior director of U.S. brand sales at King.com, the company behind the popular mobile game Candy Crush. (Back in June, King announced that it was getting out of the ad business to focus on virtual purchases.)

In an emailed statement, Sabater said she joined Locket because “I like being in a place where true innovation happens, at crazy speed.” She added, “Rewarding users for allowing advertising on their lock screen is simple yet brilliant.”

Locket currently has a nine-person team, Kim said, and it recently opened an office in San Francisco. Both its New York and San Francisco offices (that’s the NYC office pictured above) are basically apartments where the company lives and works — apparently Sabater is the first hire who won’t be bunking with other team members.