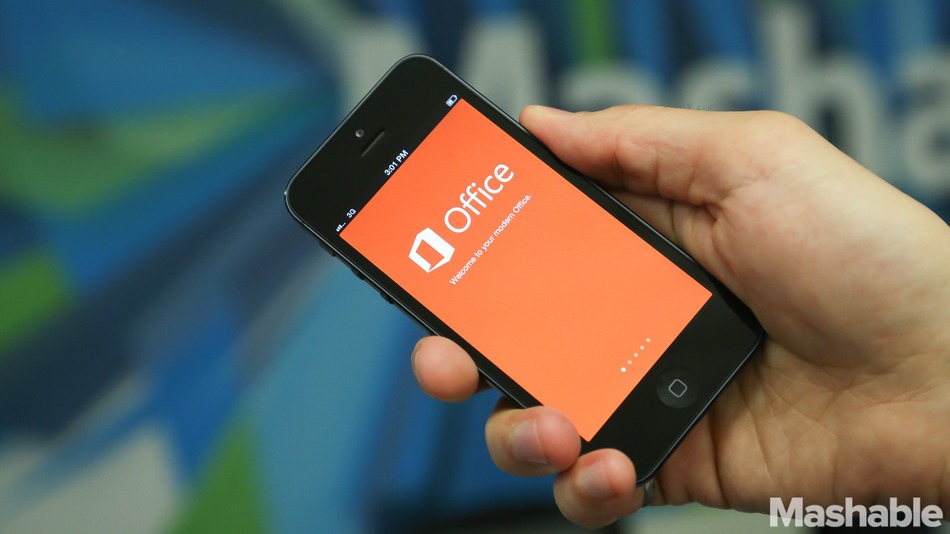 If you’ve ever wanted to create and edit Word and Excel documents on your iPhone, the wait is over. Microsoft is launching Office for iPhone, bringing Word, Excel and PowerPoint to the world’s most popular smartphone.

The version of Office the iPhone’s getting is Office Mobile, which is nearly identical to the apps that already exist on Windows Phone. It includes phone-friendly versions of Word, Excel and PowerPoint, but not other Office apps such as Outlook.

Creating a version of Office for iPhone fits with Microsoft’s new strategy of treating its services as platform-agnostic, and it comes to iOS long after other Microsoft apps, including OneNote and Lync. It also fits with Microsoft offering Office 365 as a subscription service, accessible from many devices, rather than a one-time download for one machine.

“With Office 365 Home Premium and Pro Plus, we promised they’d work across all of your devices,” says Julia White, marketing manager for Microsoft Office. “Now that those are out, it’s time to expand think about other end points our users have said are important to them.”

The app is available to iPhone owners in the U.S. today, and in international markets early next week. Although anyone can download the app, only subscribers to Office 365 will be able to use it — the app prompts you to sign in with your Office or Microsoft account at startup. The iPhone doesn’t count against a subscriber’s five supported devices, and a single account supports up to five iPhones.

Although it’s long been rumored that Office would also come to the iPad, today’s announcement applies only to the iPhone. Of course, almost any iPhone app will also run on the iPad; although the experience isn’t optimized for a 9.7-inch screen, users can expand the iPhone app to nearly fill the iPad’s larger display. However, Microsoft believes iPad users are better served by the Office 365 web apps anyway.

“With the small screen, it makes a big difference to have a native application,” says White. “With a tablet, you have more screen space to work with, so Office web apps provide a great experience there.”

It’s notable that Microsoft is bringing a native Office app to iOS before Android, although Android users can access the Office web apps via the Chrome browser.

Are you excited for Office for iPhone? Let us know in the comments.