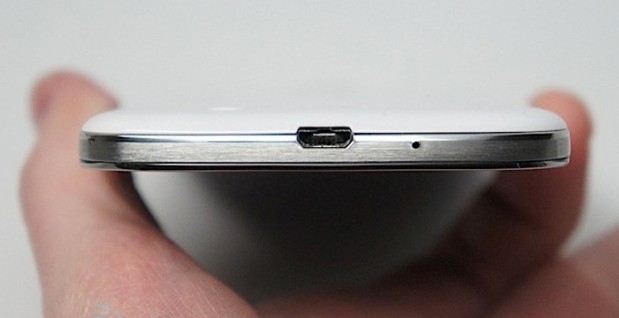 Oh, MHL 2.0, we hardly knew ye. The MHL Consortium, that Nokia / Samsung / Sony / Toshiba teamup behind the titular standard, has announced version 3.0, a specification that will be available for download early next month. At the top of the features list here is the ability to transfer at double the bandwidth of its predecessors, a bump that includes support for 4K resolution all the way up to 2160p30. Specification 3.0 offers power charging up to 10W, 7.1 surround sound, multiple simultaneous display support and is backwards compatible with older version. A more detailed rundown of what’s coming can be found in a press release after the break.

SUNNYVALE, Calif., – Aug. 20, 2013 – MHL, LLC today announced the MHL 3.0 specification to address the latest consumer requirements for connecting a mobile device to displays, marking major advancements in the areas of audio and video transmission over an MHL® link. With double the bandwidth compared to the previous specification, MHL 3.0 delivers 4K (Ultra HD) resolution and a wider color gamut to create a more brilliant visual experience, solidifying MHL’s growing presence in the living room. By using a bi-directional channel that’s significantly faster than MHL 2, the new specification enables concurrent 4K video and high-speed peripheral support of mass storage and input devices such as a touch screen, keyboard and mouse.

“As broadcasters and content service providers strive to innovate and drive revenues, many of the global players including Comcast, NHK, the BBC, Orange and Netflix are trialing and/or announcing plans to deliver UHDTV content,” said Sarah Carroll, director of global business development, Futuresource Consulting. “As TV everywhere initiatives are also a priority for the world’s broadcasters and online service providers, MHL’s technology solution with HDCP 2.2 will enable the secure delivery of 4K, premium content between different devices staying ahead of the consumer demand curve.”

“The new innovations in MHL 3.0 pave the way for the technology’s expansion into a broader set of home, office, and automotive applications,” said Judy Chen, president, MHL, LLC. “With an installed base of more than 330 million devices, MHL, as the world’s most widely adopted mobile TV-out standard, will continue to evolve to meet consumer needs.”

The MHL 3.0 specification capabilities include:

The MHL Experience
Home Theater – 4K Movie-Theater Picture Quality
Watch all of your favorite content in 4K movie-theater picture quality from your smartphone to your TV or home theater system. Stop, rewind, pause and play all of your content using the TV’s remote control.

Mobile Games – Zero Lag
Play all your mobile games on a 4K screen with no lag, all while the TV provides power to your smartphone for extended game play.

Office – Work Anytime, Anywhere
Transform your mobile device into a portable computer by connecting it to a keyboard, mouse, monitor (or multiple monitors), and storage device to work anytime, anywhere.

Automotive – Touch Screen to Access Music and Navigation
Interact with the smartphone through your car infotainment touch-screen display or buttons on your steering wheel to make phone calls, play music, navigate with the phone’s GPS, and more, all while providing charge to your smartphone.

The MHL 3.0 specification will be available for download at http://www.mhltech.org in early September 2013.

Today, there is an installed base of more than 330 million MHL-enabled products from more than 200 adopters. MHL will continue to evolve beyond the de facto mobile-to-TV interface and become a relevant connectivity standard for Audio/Video receivers, Blu-ray Disc™ players, game consoles, and set-top boxes to TV. Additional news will be available in the Fall of 2013 to provide more information on how MHL is expanding into this market.