Logitech’s new Z600 Bluetooth speakers cost $150, let you connect up to three devices at once
Locate Lost Keys With These 10 Handy Gadgets 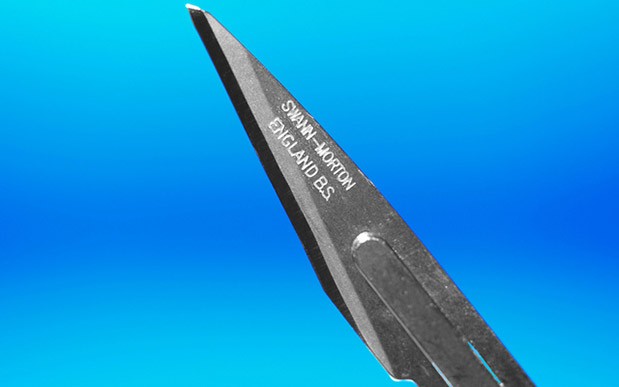 Here’s one for the medical journals: researchers at London’s Imperial College have created a high-tech scalpel that can differentiate between cancerous and non-cancerous tissue as it cuts. The team calls it the iKnife (intelligent knife), and by analyzing vapors created during electrosurgical dissection in real time, it takes only seconds to distinguish healthy flesh from affected tissue. The device’s inventor, Zoltan Takats, says it has the potential to speed up cancer surgery considerably, as current analysis techniques performed mid-operation can take up to 30 minutes. It could also prevent follow-up surgeries prompted by undetected cancer cells. Unfortunately, the iKnife still has to go through more tests before we can add it to our arsenal of weapons against cancer — until then, we’ll just have to make do with run-of-the-mill electrosurgical knives.