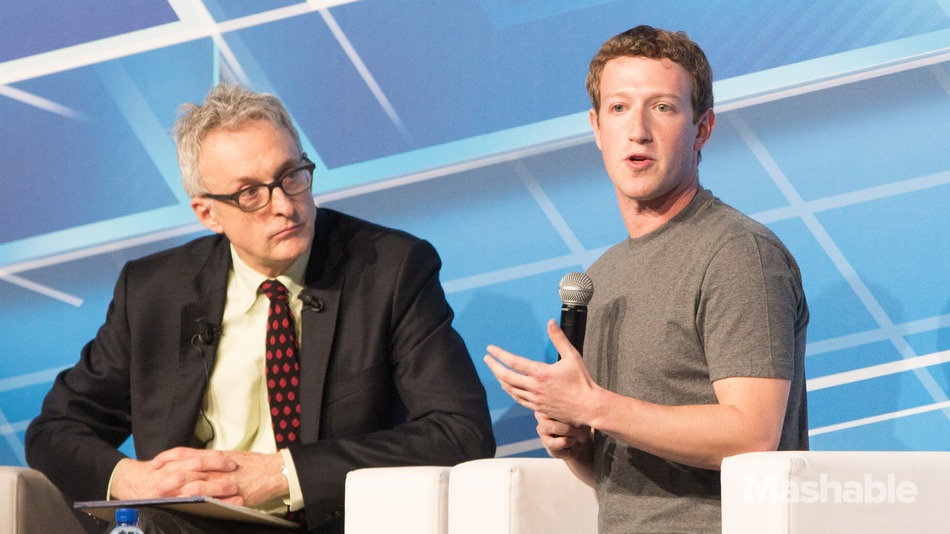 In his first major appearance since Facebook’s stunning $16 billion acquisition of mobile messaging company WhatsApp last week, Mark Zuckerberg took the stage at the Mobile World Congress on Monday to explain his plan for the company’s future in mobile: “We want to create a dial tone for the Internet.”

Early in the address, Zuckerberg focused his attention on Internet.org, explaining some thought behind why he wants to bring cheap or free Internet to most of the world.

“Most people in the world don’t have access to the Internet at all,” said Zuckerberg, dressed in his typically casual t-shirt and jeans. “After Facebook reached its milestone of connecting a billion people, we stepped back and thought, ‘how can we change the rest of world?'”

The project will be facilitated by several carrier partners around the globe, but Zuckerberg said he’s still looking to add several more over the next few years. On the project website, the project is described as “a global partnership between technology leaders, nonprofits, local communities and experts who are working together to bring the internet to the two thirds of the world’s population that doesn’t have it.”

According to Zuckerberg, part of the strategy of Internet.org is to decrease the overall cost of getting connected as well as to decrease the general data flow while increasing the efficiency of delivering advertisements.

Of course, the first question to come to mind may be: Isn’t this just a way for Facebook to strengthen its grip on the Internet? Zuckerberg was quick to profile the project as not simply his idea, instead highlighting the partnerships involved in the project.

Other questions following the keynote address circled back to WhatsApp. Earlier on Monday, news broke WhatsApp will roll out a free voice service to compete with the likes of Skype.

This report revealed that Facebook will initially offer the service to Android and iOS users, with versions for BlackBerry and Windows Phone coming later. WhatsApp cofounder Jan Koum said the service will be available by the end of the year.

“[WhatsApp is] a great fit for us,” Zuckerberg said. “It’s the most engaging app we’ve ever had on mobile … I think that by itself its worth more than $19 billion. There are very few services that reach half a billion people around the world.”