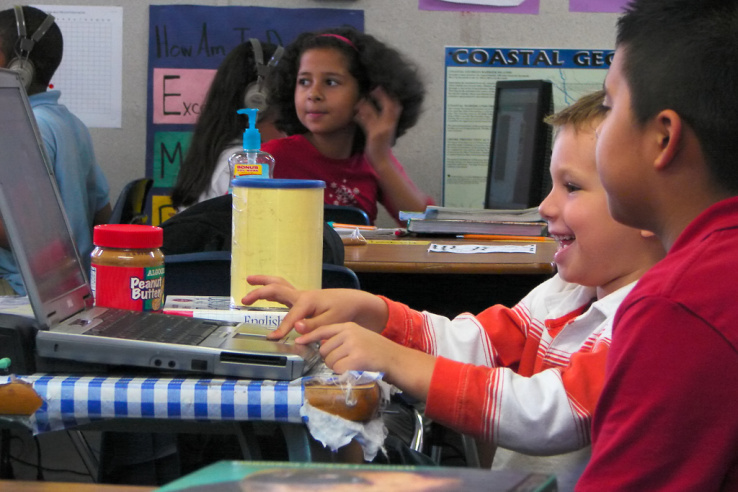 The digital divide between those who have Internet access and those who do not is often described as an economic or geographical issue, but there is another divide that actually runs across both of those other segmentations: education. Currently, some 72% of schools in the U.S. have out of date, slow, or no Internet connections. And that impacts how students at those schools are able to take advantage of some of the newer, web-based developments in learning, as well as a crucial aspect of technical education in the form of computer literacy.

Today, a non-profit called EducationSuperHighway — which lets schools test their broadband speeds and guides them on how to secure better connections — is announcing a significant funding round of $9 million to help schools get on the fast track. The funding is being led by Facebook CEO Mark Zuckerberg’s Startup:Education fund, and also includes participation from the Gates Foundation, the charitable group led by Microsoft’s Bill Gates and his wife Melinda. Several other foundations and education entities participated in the round as well.

This is the second round of funding to come out of Startup:Education, and the first in a non-profit. Last month, it also participated in a $4 million round in Panorama Education, which focuses on creating and then parsing school surveys to improve feedback between teachers, parents and students.

Evan Marwell, CEO of EducationSuperHighway, describes the problem that ESH is tackling as akin to the challenge road planners face when dealing with traffic. “If you had a highway with only one lane, it wouldn’t work as well as one with five lanes,” he told me in an interview. “And this is a fairly consistent problem in rural, urban and suburban America. Over 40 million students are being left behind without the Internet access and WiFi they need to take full advantage of digital learning.”

To tackle that, the funding his group is getting will be used in four key areas, themselves created with an educational premise in mind. It will be used expand its speed test network to cover all U.S. states (currently 26 are covered) and to forge more outreach abroad; to improve ESH’s portal with technical expertise and pricing information; expand its own team to assist schools with upgrading; and to further lobbying efforts, in particular to support the FCC to provide policy recommendations for modernization.

“If you had a highway with only one lane, it wouldn’t work as well as one with five lanes.”

To date, SchoolSpeedTest has picked up some good traction. In the last 12 months, ESH says 600,000 students, teachers and administrators have taken the test. Anyone can try taking the test, although it only works if you’re on a connection at the school in question.

The benefits for schools having better broadband access are obvious and are in line with the wider, philanthropic remit of Internet.org, another initiative close to Zuckerberg and Facebook.

“When schools and teachers have access to reliable internet connections, students can discover new skills and ideas beyond the classroom” said Zuckerberg in a statement. “The future of our economy and society depend largely on the next generation using and building new online tools and services, and I’m glad to support EducationSuperHighway’s work.”

Yes, cynics may argue that initiatives like these may be pursued with more opportunistic aims in mind, but according to Marwell, there is currently some $2.4 billion in annual federal funding on the table for schools to improve their internet access. If a better-funded, not-for-profit organization like EducationSuperHighway can potentially provide a helpful bridge between the average school, over all the bureaucracy and paperwork, to tap into that funding effectively, that is on balance a good thing.