Instagram Stories Is Likely to Become a Powerful Marketing Tool
Your News Feed will never be safe again: Facebook Live can now be broadcast from computers 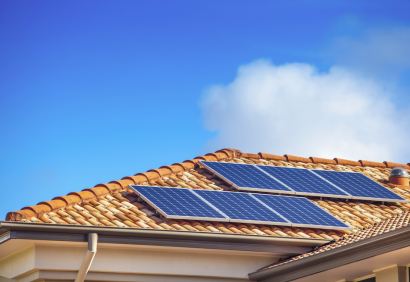 As of January 1, all new buildings of 10 stories or fewer in San Francisco must be built with solar panels included.

Since that local measure passed last spring, its author, Scott Wiener, moved from the San Francisco Board of Supervisors to the state senate. Now, he’s bringing the concept to Sacramento, first in summary form, with the full proposed legislation expected in four to six weeks.

If adopted, mandatory rooftop solar legislation would set a groundbreaking example of how a legislature can expand distributed solar through less conventional means, diverging from the default models of renewable portfolio standards and tax credits. That outcome is by no means guaranteed, though.

The process of passing the legislation through the state legislature will likely raise new questions about how the policy would impact the entirety of the massive Golden State. There are more legislators to convince than in San Francisco, and more interest groups and industry lobbyists who may try to stop it.

“The state, of course, is much bigger and much more diverse geographically and in every other respect,” Wiener told GTM. “We are actively soliciting input to make sure we’re crafting legislation that will work for the whole state.”

For any other state, requiring solar photovoltaics or solar thermal on most new buildings would seem dramatic, if not unthinkable. For California, however, it’s the latest iteration of a legislative program years in the making.

Last year, the legislature passed an ambitious new climate change target: The state must now cut its carbon emissions to 40 percent below 1990 rates by 2030, even as the population continues to grow. That accelerated pace will force drastic measures across numerous sectors of the economy. Requiring solar on new houses would ensure that additional construction doesn’t add much more carbon to the atmosphere.

The rooftop solar requirement doesn’t just increase the total number of systems deployed, as I reported in June.

It instigates them when they’re easiest and cheapest: while the building is under construction. This saves the future occupant all the hassle of identifying an installer, negotiating prices, drawing up designs, arranging financing and overseeing the install. Those duties fall to the developers, who are professionally suited to handling such things. Then the expense of solar gets bundled in with the overall building purchase, so the owner can pay it off, over time, at the more favorable interest rates of the mortgage.
Placing the onus on the developer thus removes two of the biggest stumbling blocks to residential solar: customer acquisition and financing. Of course, that does force a cost onto developers, who then pass it on to the homebuyers.

The cost of a solar system scarcely registers in San Francisco, where the median home sales price approached $1.2 million in recent months. That picture changes if you head over to the Central Valley city of Bakersfield, where the median home price is $217,000, according to real estate website Trulia. With prices like that, the cost of a solar system could conceivably come to constitute a meaningful percentage of the overall home price.

“The cost of a house is what the market will bear,” Wiener said. “The cost of rooftop solar is not a significant part of development costs. It’s becoming less and less, and it pays for itself over time.”

That ability to pay for itself over a few years makes the solar requirement more of a help than a hindrance for lower-income homebuyers, solar advocates say.

“Additional building costs will be more than made up in electricity bill savings, with decades of homegrown clean energy being produced,” said Susannah Churchill, West Coast regional director for Vote Solar, a nonprofit solar energy advocacy group. “That will be especially helpful for lower-income Californians, who as a group spend more on energy bills proportional to their income.”

It’s worth noting that rooftop solar requirements were enacted in the less exorbitantly priced California cities of Lancaster, Sebastopol and Santa Monica before San Francisco, so the policy has seen some geographic diversity already.

Additionally, the requirement would not directly affect existing housing stock, as it only applies to brand-new builds. But the policy still poses a dilemma familiar to other green building mandates: It forces customers to shoulder a higher upfront cost in order to save money in the long run. The question for California legislators is whether they think that’s a fair trade to make.

The wide world of California

A policy that launches seamlessly in San Francisco can have very different effects throughout the 160,000 or so square miles of California. Beyond ensuring homebuyers aren’t hampered by such a measure, Wiener will have to make the case that the policy makes sense for new buildings everywhere in the state.

It’s not all new buildings, by the way. The statewide proposal will echo exceptions in the city measure for buildings where solar would not be viable for a variety of reasons. It also gives the option of choosing solar PV or solar thermal, which can be more attractive in certain buildings based on their heating load.

The San Francisco measure didn’t draw much resistance from the development community, Wiener said. As he prepared to announce the state measure, he spoke with several building trade groups to alert them it was happening and include them in the process. (Developers haven’t taken a public stance on the measure, as the final language has not been released).

There’s also a question of what effect such a policy would have on the grid itself. The state authorized nearly 100,000 new housing units in 2015, according to the U.S. Census Bureau. Early fears of a utility “death spiral” caused by customers defecting to rooftop PV have proven to be overblown, but if most of those new homes, as well as new mid-sized commercial structures, don’t consume much power from the grid, that would have an effect on macro-level consumption trends.

One potential outcome is to avoid a lot of new generation costs that ratepayers would otherwise have to subsidize. That’s something voters could get behind, whether or not the utilities are thrilled about it. The extent of the public’s appetite for this measure will become clearer in the months to come.

“This is a big step forward, but this is not something out of left field,” Wiener said. “We’ve been moving in this direction for a while, so this step makes sense.”