Google Hangouts for iOS can call US & Canada for free, receive Google Voice calls
Top 10 Countries With the Most Digital Natives 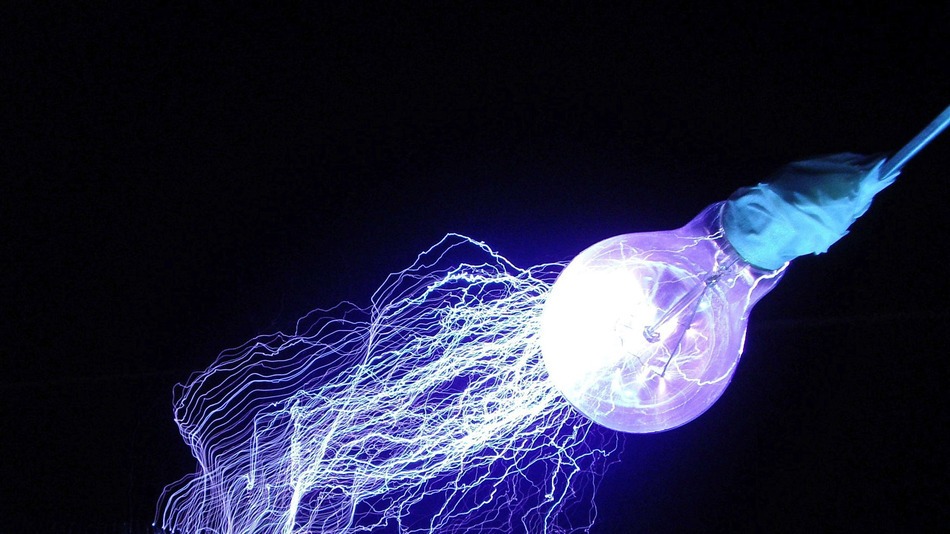 Current wireless networks have a problem: The more popular they become, the slower they are. Researchers at Fudan University in Shanghai have just become the latest to demonstrate a technology that transmits data as light instead of radio waves, which gets around the congestion issue and could be 10 times faster than traditional Wi-Fi.

In dense urban areas, the range within which Wi-Fi signals are transmitted is increasingly crowded with noise — mostly, other Wi-Fi signals. What’s more, the physics of electromagnetic waves sets an upper limit to the bandwidth of traditional Wi-Fi. The short version: you can only transmit so much data at a given frequency. The lower the frequency of the wave, the less it can transmit.

10x Faster Connections Than Wi-Fi, Through the Nearest Lamp

But what if you could transmit data using waves of much higher frequencies and without needing a spectrum license from your country’s telecoms regulator? Light, like radio, is an electromagnetic wave, but it has about 100,000 times the frequency of a Wi-Fi signal, and nobody needs a license to make a light bulb. All you need is a way to make its brightness flicker very rapidly and accurately so it can carry a signal.

The idea sounds daft: Who would want to sit under a flickering bulb? But Li-Fi, a standard proposed just two years ago, is seeing rapid technological progress.

First, data are transmitted to an LED light bulb — it could be the one illuminating the room in which you’re sitting now. Then the lightbulb is flicked on and off very quickly, up to billions of times per second. That flicker is so fast that the human eye cannot perceive it. (For comparison, the average energy-saving compact fluorescent bulb already flickers between 10,000 and 40,000 times per second.) Then a receiver on a computer or mobile device — basically, a little camera that can see visible light — decodes that flickering into data. LED bulbs can be flicked on and off quickly enough to transmit data around 10 times as fast as the fastest Wi-Fi networks. (If they could be manipulated faster, the bandwidth would be even higher.)

Li-Fi has one big drawback compared with Wi-Fi: you, or rather your device, need to be within sight of the bulb. It wouldn’t necessarily need to be a special bulb; in principle, overhead lights at work or at home could be wired to the Internet. But it would mean that, unlike with Wi-Fi, you couldn’t go into the next room unless there were wired bulbs there too.

However, a new generation of ultra-fast Wi-Fi devices that we’re likely to start using soon face a similar limitation. They use a higher range of radio frequencies, which aren’t as crowded with other signals (at least for now) and have a higher bandwidth, but, like visible light, cannot penetrate walls.

Engineers and a handful of startups, like Oledcomm, have been experimenting with Li-Fi technology. The Fudan University team unveiled an experimental Li-Fi network in which four PCs were all connected to the same light bulb. Other researchers are working on transmitting data via different colors of LED lights — imagine, for example, transmitting different signals through each of the the red, green and blue LEDs inside a multi-colored LED light bulb.

Because of its limitations, Li-Fi won’t do away with other wireless networks. But it could supplement them in congested areas and replace them in places where radio signals need to be kept to a minimum, like hospitals, or where they don’t work, such as underwater.