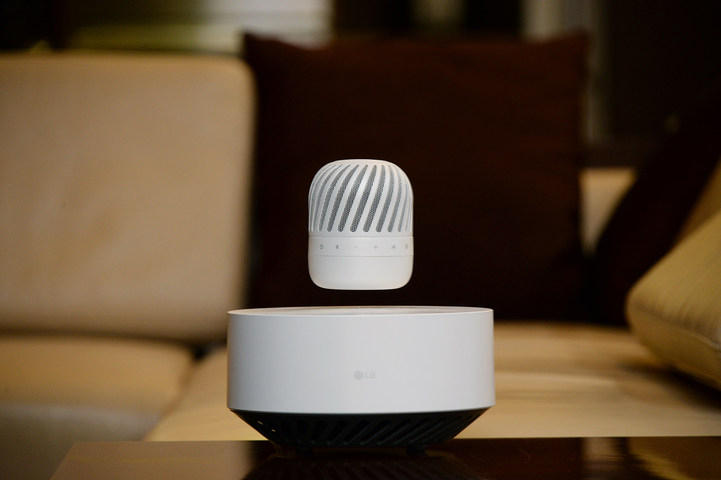 They may seem futuristic, but levitating Bluetooth speakers have been around for years, and look as outlandish as they sound. But LG is the first major electronics brand to throw a product in the ring, and is doing so with its classy-looking, albeit blandly named, “Levitating Portable Speaker,” which the company says it will be unveiling at CES in January.

The plain, white somewhat egg-shaped speaker unit hovers over its round base, which LG calls the Levitation Station. The latter houses electromagnets that create the floating effect, and a subwoofer for deep bass. In addition to looking cool, the speaker also promises 360-degree sound and 10-hour battery life. It’s rated IPX7 for water resistance so you can listen to it outdoors, even if the heavens rain on your parade. When it runs out of juice, the floating unit automatically descends to the base station to recharge.

Although LG’s Levitating Portable Speaker is not the first to market, its battery life and nondescript looks set it apart from its rivals. LG has not yet shared pricing information, but most other such devices cost in the range of $150 to $200, so the new speaker should cost about the higher end of that. We’ll likely find out more next month when LG shows off what this gadget can do.