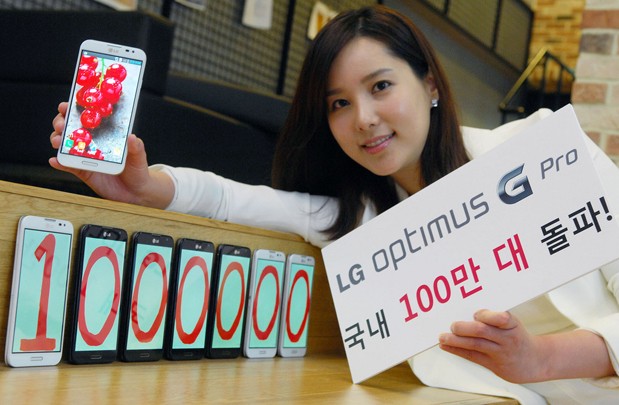 LG doesn’t lead the sales charts quite like Samsung, but it does have something to crow about today: it just racked up its millionth Optimus G Pro sale in South Korea. The supersized phone reached the milestone three months quicker than LG’s previous record-holder, the Optimus LTE, and sold at an average rate of 8,000 units per day. About the only thing dampening the company’s enthusiasm is the context — Samsung topped a million domestic Galaxy Note II sales three months after launch, or roughly one month faster than LG. We don’t have comparable international figures, either. Nonetheless, it’s clear that LG has had little trouble drawing interest on its home turf.