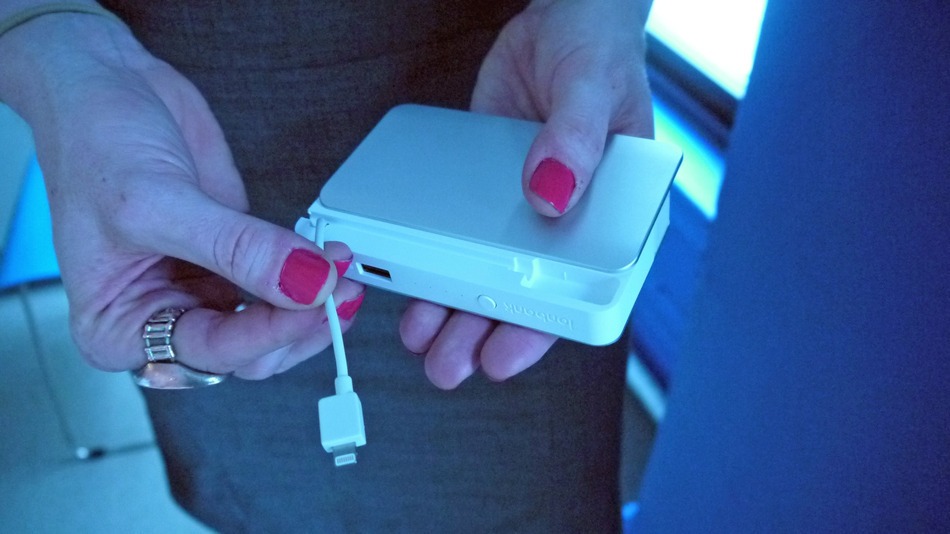 Lugging around wires and batteries is a hassle for everyone, but accessories manufacturer Moshi plans to make it much easier for iPhone 5 users with the help of its new external battery. Unlike other portable chargers, this one comes with a built-in Lightning cable.

The IonBank ($89.99, 5,000 milliamp-hours) supports Apple’s Lightning connector, so there’s no need to bring along an iPhone cable for a quick charge. The Lightning connector is tucked into the battery and pops out when you slide the top of the battery case to the side. The device also works for other models of the iPhone and iPad, but you’ll need to bring a cable and connect it via the USB slot.

This external battery is actually an extension of the 10,000 mAh model ($109.99) which was first announced at the 2013 International Consumer Electronics Show in Las Vegas in January, but the model doesn’t come with a built-in Lightning cable. Both versions are not on the market quite yet, but Moshi said to expect them to hit in the next month or so.

It will take about an hour and a half to fully charge an iPhone 5 using the IonBank, and the IonBank itself takes about 8 to 10 hours to charge. 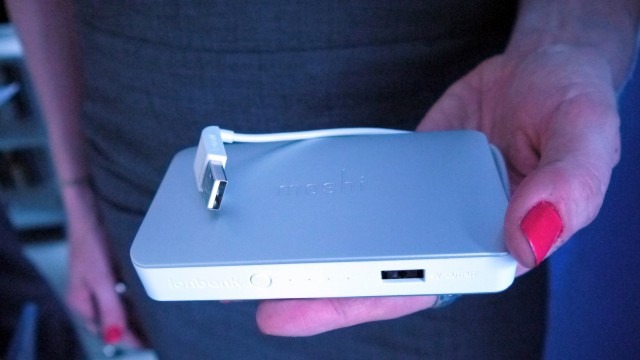