Google will soon let Glass users upgrade their hardware and invite their friends to buy one
Neurocam uses brainwaves to trigger hands-free photos, straps an iPhone to your head (video) 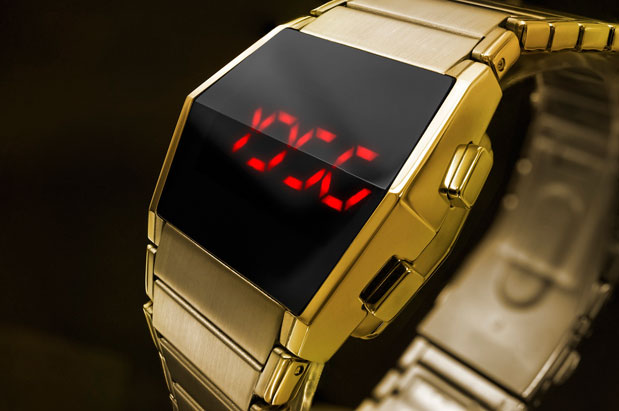 It wouldn’t be a limited edition Tokyoflash watch if it weren’t hard to read, right? The company’s latest timepiece, the Kisai Xtal, follows that time-honored (get it?) tradition with a design that goes heavy on the styling — it’s described as being “crystalline shaped” — and an interface that’s made to be intentionally confusing to the uninitiated. Don’t worry though, that “cryptic time” mode’s merely an alternate display option on the stainless steel watch, which comes in either gold or black, and can easily be set to standard time. The Xtal’s also USB-rechargeable and rated for up to two months on a single charge, so you won’t have to use the included screw driver to pry out its tiny cell anytime soon. Like most Tokyoflash watch debuts, it’s set to launch at a discounted price, making it $140 for a 48-hour period. Miss that initial window and you’ll have to shell out $170 for the privilege of not being able to tell time at a glance.