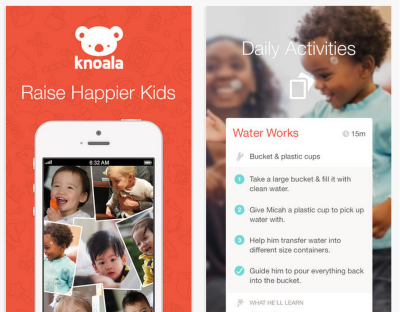 A team of ex-Slide employees (and later Google employees following the acquisition) based out of Shanghai, have launched a new parenting app called Knoala, which offers a large catalog of development-boosting activities for parents with young children. The idea, explains co-founder Cathy Hsu, who started the company along with husband Tony Hsieh, came to them after becoming new parents themselves back in 2011.

“We were new parents, and had absolutely no idea what to do,” says Hsu. “We had read that playing with babies was really important. And you would think that this kind of stuff would come to you intuitively, but it really doesn’t.” She says that after bringing the baby home, and getting the basic duties – diapers, feedings, etc. – under control, when it came to playing with the baby, they were a little lost.

So the new parents did what a lot of us do – they began to research online in order to learn what kind of activities they could do to aid in child development. The parents’ playgroup got involved, too, exchanging long email threads with activity suggestions, and how well those turned out after trying them.

That’s when the idea came to Cathy and Tony that it could be worth putting all these ideas together in a more structured way.

Before releasing Knoala (a combination of “knowledge” and “koala,” pronounced “no-ala”), the co-founders first market-tested the idea with an app of another name. ”About two weeks into releasing it…we were getting really good feedback from [early testers], so we knew that this was something we wanted to work on,” says Hsu. 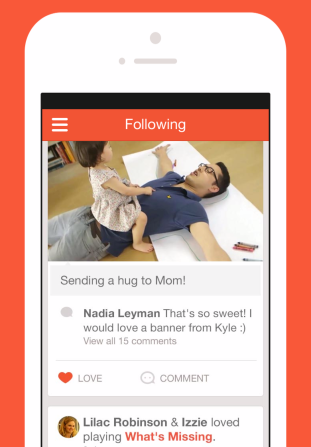 The new app, branded “Knoala,” has been out now for just a couple of weeks, and has a few thousand downloads, a good many through word-of-mouth.

After signing up, parents enter in their child’s birthdate to be presented with a list of age-appropriate activities that are a mix of user-generated suggestions and content pulled (and credited to) reputable online sources like Productive Parenting and BabyCenter, for example. Several mommy bloggers have contributed their ideas, too.

Some of the activities will be the kinds of things you can do with things around the house, like plastic cups, markers or construction paper – not necessarily those more complicated “crafty” activities found in parenting magazines and the like. Others require no materials at all and are simply play suggestions or fun kid videos, for example. There are some 2,000 activities in Knoala today, aimed at parents of children from 0 to 5 (babies through preschool).

In addition to using the app to find ideas, parents can also post pictures and comments about their own experiences, and follow other moms and mommy bloggers using the service. In a future release, the company plans on building out these social features more to allow moms to find or form playgroups with others nearby, for example.

The app itself is free, and there are no plans to immediately monetize, as Hsu explains the focus for now is just building up the community.

Knoala is a bootstrapped team of four, all based in Shanghai. The app itself is a free download here on iTunes.