A Canadian engineering team has finally captured the long-elusive Sikorsky prize — awarded to the “first successful controlled flight of a human-powered helicopter” — 33 years after it was established.

Last year, the team raised more than $34,000 — exceeding its original goal of $30,000 — on Kickstarter to build Atlas. Other competitors also took to the crowdfunding site to help finance their human-powered helicopters.

Watch Atlas’ winning flight in the video, above; then tell us what you think in the comments. 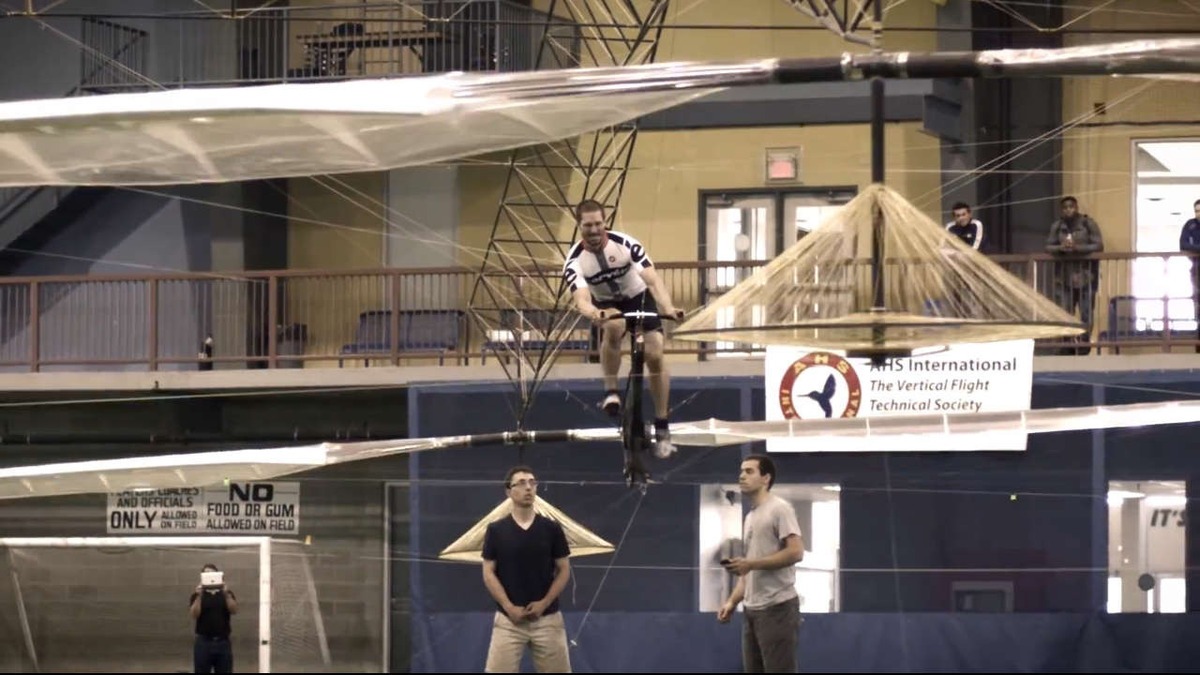