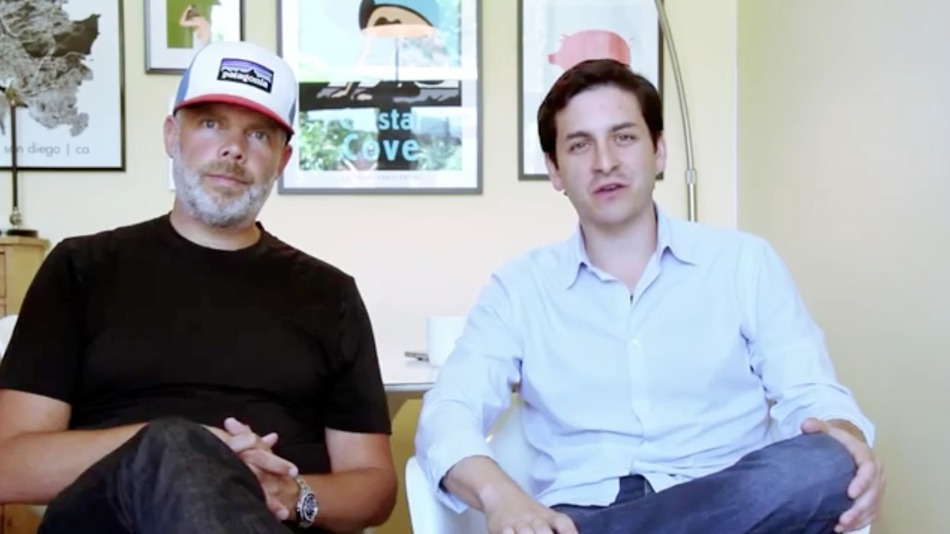 A pair of Los Angeles filmmakers are raising funds through Kickstarter for a documentary about Kickstarter — or, more specifically, about crowdfunding.

The project, called Kickstarted, will focus on crowdfunding’s recent rise as the go-to platform for creative projects, and will follow three artists and entrepreneurs extensively throughout their respective processes, from start to finish.

“We are in the midst of a revolution of entrepreneurial and creative freedom … [and it] is fueled, in a large part, by crowdfunding,” Jason Cooper, one of the project’s cofounders, told Mashable.

“Over a million projects were launched through crowdfunding last year to the tune of $2.7 billion. The market is on pace to double this year — and has no signs of slowing down.”

Cooper and his partner, Jay Armitage (both pictured above), launched the campaign on Tuesday morning. Already, it has raised more than $10,000 of its $85,000 goal.

The film is inspired in part by a series of crowdfunding-related interviews Cooper and Armitage already conducted, including this one with Zach Braff, which we told you about a few weeks ago.

The movie’s driving narrative will be the individual, raw stories of the three creators: pre-planning, funding, execution and post-campaign included. And while the duo hasn’t yet determined which artists the movie will focus on, Cooper said they have already begun filming a handful of prominent groups, and will ultimately select the most intriguing ones to be included in the final cut. Right now, though, they’re busy getting the word out.

“A lot of people see the backer side of crowdfunding,” Cooper said. “It’s like, ‘Oh look, so-and-so made a million dollars on Kickstarter. They must be rich.’ However, those big projects are often the most unwieldy.”

“It’s hard to scale up a business like that and many creators are unprepared.

Going into it, they think crowdfunding is just an ATM machine. It’s really hard work — and you really need to put yourself out there personally.

Going into it, they think crowdfunding is just an ATM machine. It’s really hard work — and you really need to put yourself out there personally. That story hasn’t been told yet.”

Cooper added that the personal element of crowdfunding — specifically, its lack of middlemen — is what most inspired him to pursue the project.

“The social pressure of asking your community for money and then having to deliver to their expectations is enormous,” he said. “All eyes are on the creator in a real, constant way. That’s a totally different dynamic than we’ve seen in the last 100 years of commerce.”

Read more about the project here. There are 27 days remaining on the campaign to donate.

Does this sound like a project you’d back? Tell us what you think about it below.