Study: Amazon’s Ad Business Is Bigger Than Twitter’s
Not as Many People Tweeted About ‘Game of Thrones’ as You Think 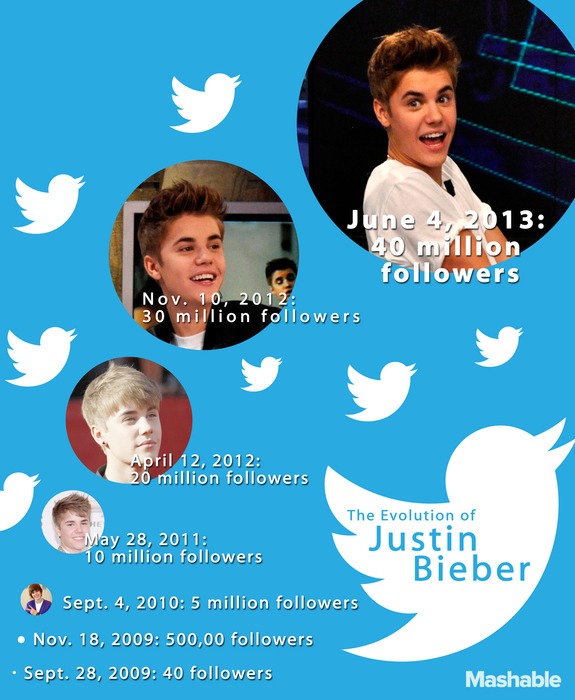 He celebrated with tweets. One tweet uses the hashtag #dreamBIG and links to this photo, which features his tweet from the day in 2009 he hit 40 — yes, only 40 — followers: 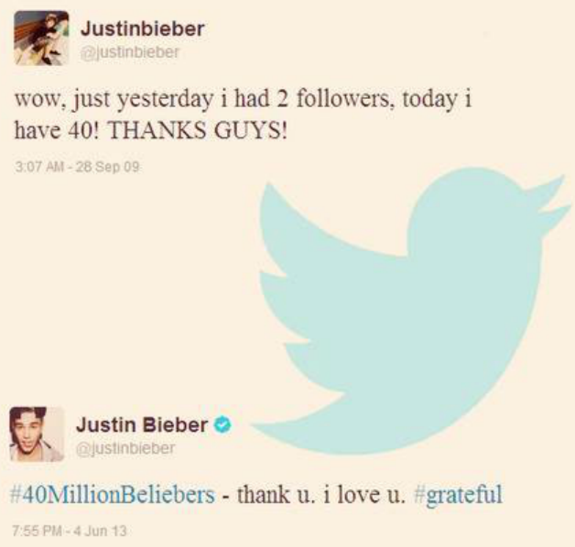 Mashable obtained statistics from analytics company Twitter Counter that show he hit 40 million on June 4. We’ve detailed when he reached his milestones the above infographic.

Bieber thanked fans in his first tweet (“#40MillionBeliebers – thank u. i love u. #grateful”) and encouraged them to rally with hashtag #40MillionStrong in a second tweet.

Follower counts are important for musicians in part because they often promote new music and links for fans to purchase their songs or albums from. For example, when Bieber shared his Believe Acoustic album with followers this year, his fans sparked two worldwide trending topics. The album eventually secured the top spot on the Billboard 200 albums chart.

Bieber’s tweet on Tuesday about new single “Heartbreaker” pushed him over the 40 million follower mark.