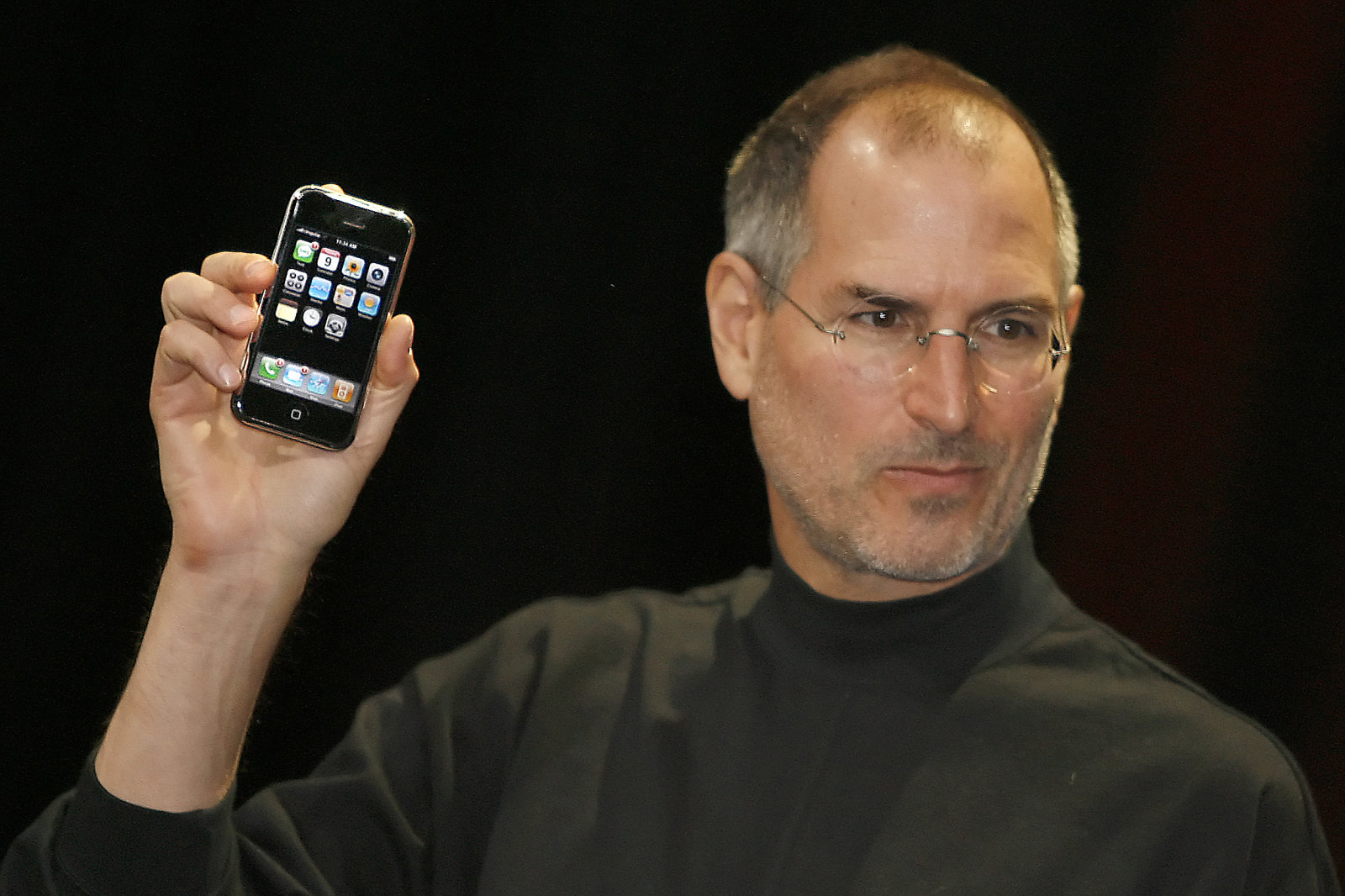 January 9th, 2017 is a milestone day in the technology world: It’s the 10th anniversary of Apple’s iPhone. Yes, it’s been a full decade since Steve Jobs took to the stage and introduced the device that many credit with defining the modern smartphone. But was it an overnight revolution? Well, no. Despite all the initial hype, the iPhone actually represents a gradual reinvention strung across many years. It wasn’t the first out of the gate with many basic concepts, but its fresh approaches to those concepts helped smartphones escape their niche business-tool status and become the must-have companion devices they are now.

The most conspicuous improvement is the one that’s likely staring you in the face: the touchscreen. While touch-enabled phones were far from a novelty in 2007 (PalmOS and Windows Mobile had supported it for years), Apple was the first to implement a touchscreen you wanted to use. Most touch displays at the time were resistive (pressure-based), with all the precision and sensitivity of a billy club. Complex gestures were out of the question, and you frequently had to use a stylus with interfaces that simply weren’t meant for your fingers. It’s no wonder why many touch-capable phones at the time still had keyboards and directional pads. Why poke at the screen when it was less painful to tap buttons?

The iPhone’s capacitive screen and multifinger touch interface were revelations in comparison. Not only could you ditch the pen — you could use intuitive gestures like flicks and pinches. You could focus on actually getting things done instead of fighting with controls, and apps like the web browser (which was the first truly full-featured mobile browser, we’d add) were a joy to use. Even in 2007, it was clear to many that large capacitive touchscreens were the future. Most big phone makers started shifting away from resistive displays and physical buttons, and those that were slow to change (BlackBerry and Nokia, in particular) wound up struggling. Apple definitely wasn’t alone in spurring the adoption of modern touch: Android helped it take off in a big way, particularly when the Motorola Droid arrived in 2009. The iPhone got the ball rolling, though, and it’s safe to say that the shift toward touch wouldn’t have happened so quickly without Apple’s help. 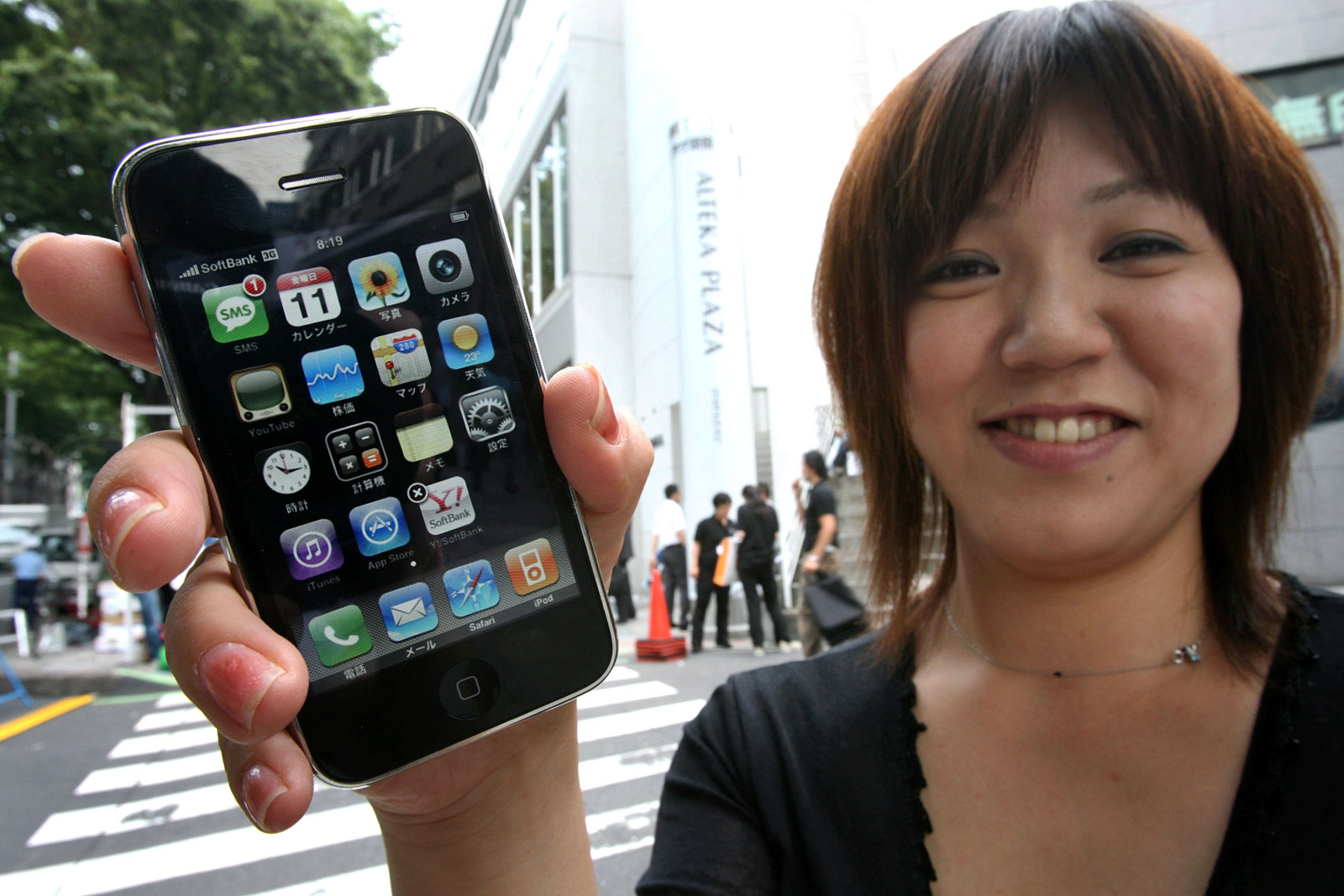 It wasn’t just hardware that made a difference, as the iPhone was also crucial to jump-starting the market for smartphone apps. Mobile software certainly existed before, but the industry was almost hostile to its very existence. You often had to “just know” where to find apps, and those portals that existed either demanded exorbitant royalties from developers or were controlled by carriers eager to exclude apps that competed with their services. Even installation and updates were awkward. It wasn’t uncommon to find smartphone owners who’d never downloaded a third-party app. Why would they when they didn’t know where to go or what to do, and creators frequently shied away?

Enter Apple’s App Store, introduced alongside the iPhone 3G in 2008. It suddenly gave legions of smartphone owners easy access to third-party software. Moreover, the barriers to making and selling those apps were much lower — when there were straightforward tools, better royalties and millions of potential customers, even tiny teams could make blockbuster hits. Mobile apps quickly became much more popular, and in some cases vital. Would social services like Instagram and Snapchat be as big as they are today if the App Store hadn’t made their concepts practical? Would smart homes or wearables exist if you couldn’t easily get the apps that make them work? The app model that the iPhone pioneered made built-in software stores virtually mandatory on smartphones, and those handsets wouldn’t be as dominant as they are today if there weren’t an abundance of apps to fulfill tasks that would otherwise require a PC.

The iPhone hasn’t always changed the game quite so dramatically. In many cases, it was more about nudging technology forward just enough that it became popular. Take video chat, for instance. The concept certainly existed before FaceTime arrived with the iPhone 4 in 2010 (more than a few phones already had front-facing cameras), but it was Apple’s dead-simple approach that made the difference. If you had someone’s phone number, you could start a video call. There were no special carrier fees or complex video conferencing solutions to fight with. While FaceTime didn’t conquer the world the way the App Store or multitouch screens did, it spurred demand for video chat services and served as the template for extra-simple apps like Google Duo. 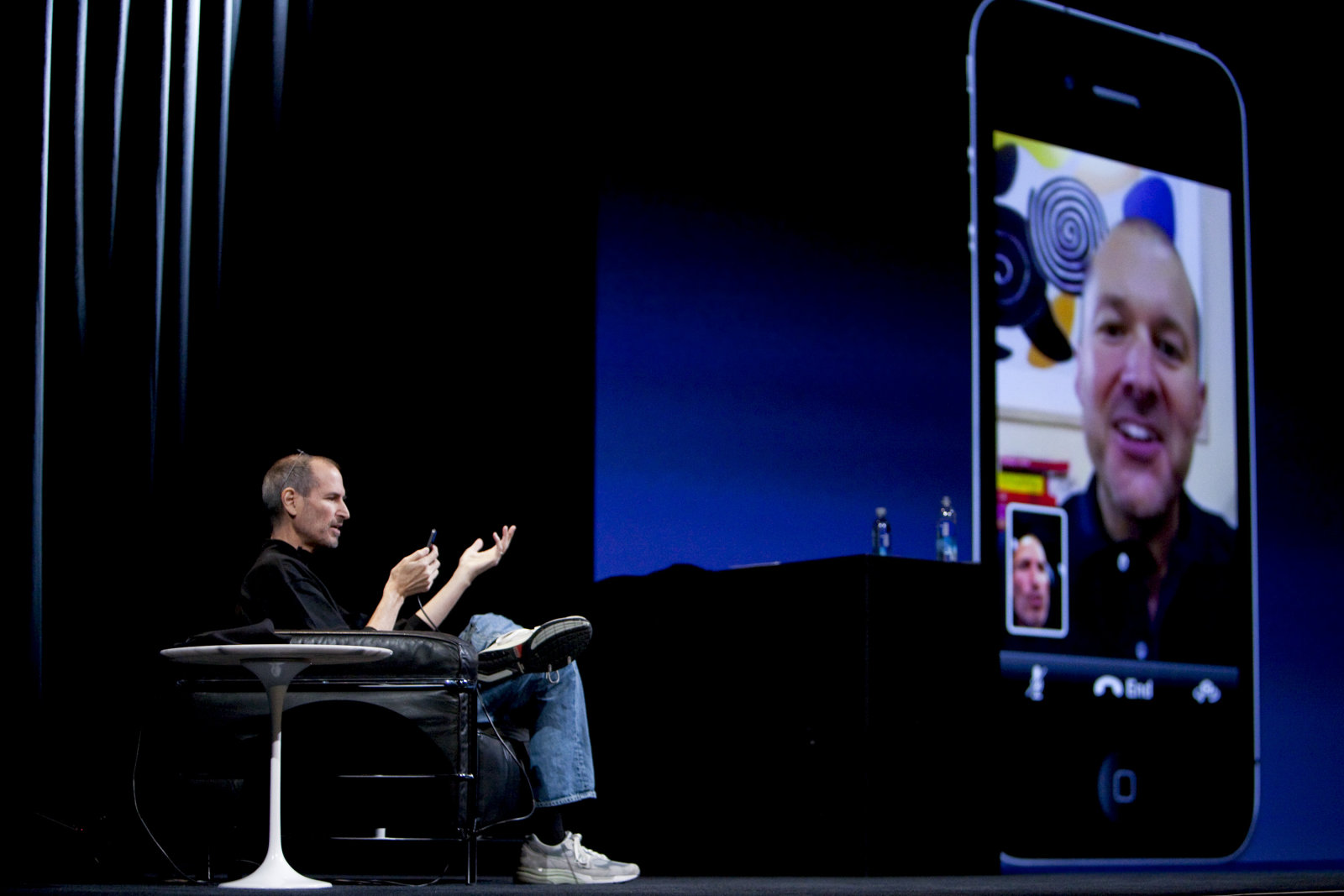 You can even argue that some tech wouldn’t have gotten very far without an iPhone boost. Fingerprint readers are the classic examples. Before the iPhone 5s, fingerprint scanners on phones were frequently more trouble than they were worth (ahem, Motorola Atrix). Touch ID simplified it down to a quick and easy tap, and spawned the surge in fingerprint readers you’re seeing in everything from the latest Samsung Galaxy through to the Google Pixel. Recent efforts to get rid of passwords might not be as feasible if fingerprint readers still required multiple swipes.

Mobile payments got a similar bump. There’s no doubt that the iPhone was late to the tap-to-pay party when Google Wallet and other options were available years earlier, but Apple Pay was the first to really get some traction. It didn’t require carrier support, special apps or other convoluted terms — you just had to keep your thumb on your home button while buying your coffee. Android Pay and Samsung Pay certainly do some things better, but there’s little doubt where they got the basic idea for their fingerprint-based shopping.

And let’s not forget voice-recognition. Although Google Assistant and Microsoft’s Cortana have clear advantages, it was Siri on the iPhone 4S that kicked off the concept of a built-in, AI-powered assistant. Before then, voice commands were primarily restricted to direct, robot-like instructions. The iPhone introduced plain-language questions, contextual answers and other concepts that many take for granted today. 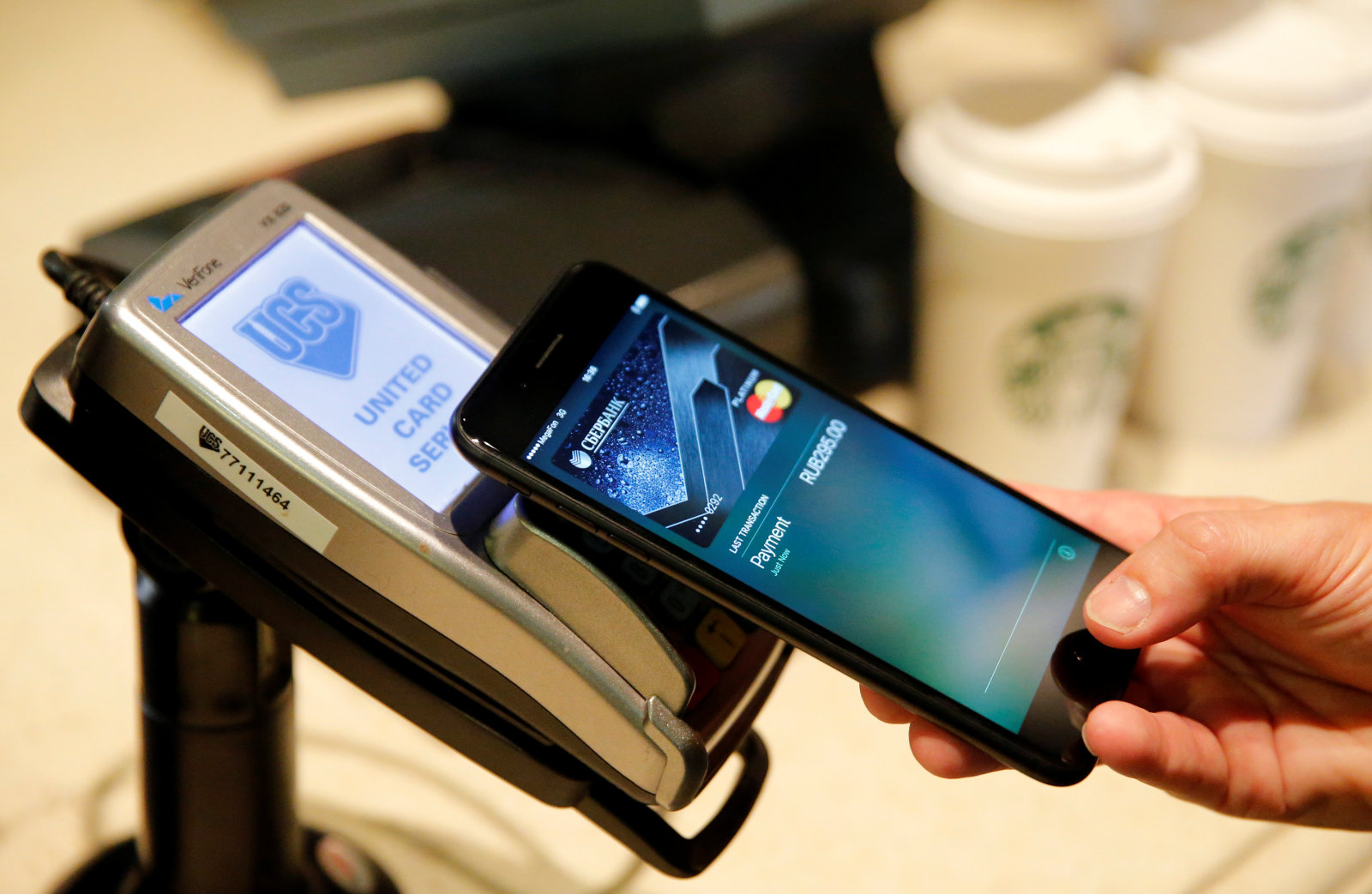 To be sure, the iPhone has sometimes been (and occasionally, still is) on the trailing edge. It took until 2014 to get an iPhone larger than 4 inches, well after Steve Jobs was convinced nobody would buy one. You can’t use the near-field wireless for anything but payments. You also can’t add removable storage, swap your battery or get a greater-than-1080p screen. And of course, enthusiasts who insist on choice and customization still have a good reason to prefer Android or Windows 10 Mobile.

Even so, it’s evident that the iPhone has created a vast legacy over the past 10 years. One way or another, the smartphone in your pocket owes a small debt to what Apple has done, whether it’s the basic design or a feature you use every day. And the competitive landscape has forever changed. All the rival smartphone platforms from 2007 either died or lost most of their relevance, and you can trace their downfalls back to their inability to adapt to the iPhone’s breakthroughs in a timely way — even if Android was sometimes the one to sound the death knell. The next 10 years probably won’t be nearly as revolutionary given how mature the smartphone market is these days, but that doesn’t diminish the iPhone’s accomplishments.