A look at a beta of iOS 7 by MacRumors sheds more light on the reported changes to Apple’s mobile OS. 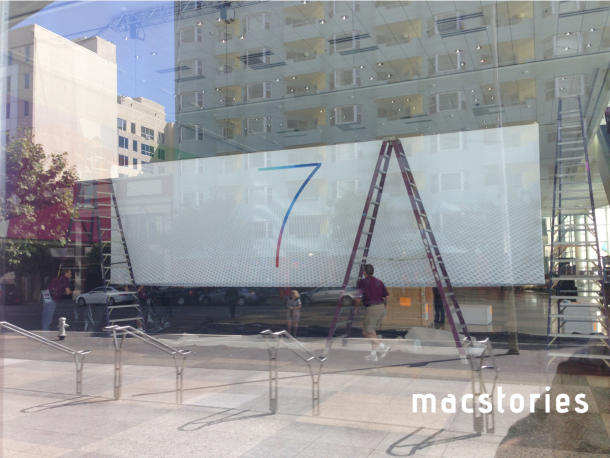 Soon enough, iOS 7 users will be greeted with dramatic new changes to the familiar interface, at least according to the latest details offered up by MacRumors.

Based on a peek at an early beta of iOS 7, MacRumors said it discovered the much-rumored new “flat” design adopted by Apple. A couple of mockups created by the blog site show that Apple has taken the edge off the icons that populate the home screen. Some of the icons also sport a new logo and color.

The icon for Photos now displays a color wheel. The icon for Safari now shows a simpler circular logo. And the icon for the camera displays an image of a camera. Overall, the new interface smacks of the skinny, ultra light logo that has already popped up in Apple’s banners for Monday’s Worldwide Developers Conference, MacRumors noted.

Further, the familiar carrier bars to indicate the strength of your Wi-Fi or cellular connection have been replaced by a series of white or gray dots. And Apple could have more color tricks up its sleeve.

MacRumors discovered two different color schemes for several apps — one veering toward black, the other toward white. Such a move suggests that the black and white iPhones could each sport their own unique color schemes. Some rumors even claim that the icon colors might change depending on the time of day or the surrounding light conditions.

We’ll know for sure if these tidbits are true when Apple unveils iOS 7 at WWDC on Monday.