In Insert Coin, we look at an exciting new tech project that requires funding before it can hit production. If you’d like to pitch a project, please send us a tip with “Insert Coin” as the subject line. 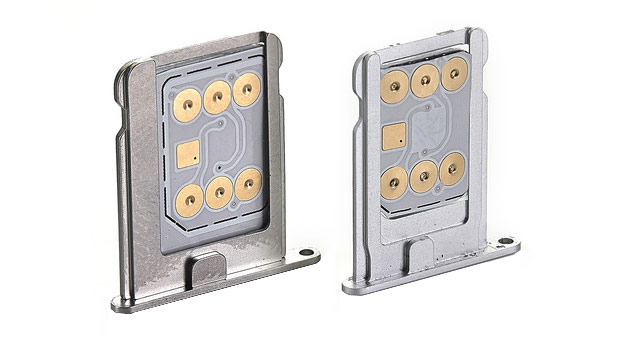 You still can’t power on your smartphone across the pond in London and expect to pay the same fees you do back in New York, but several offerings make it cheaper to get online across the globe. One of our favorites, KeepGo (formerly iPhoneTrip), has been our preferred method for browsing the web in Canada, Cambodia, and everywhere in between. But daily rates do add up, and that service requires that you swap in a separate SIM, tucking your primary card away until you’re back on your contracted network’s home turf. KnowRoaming, a new player in this space, has an even more appealing option, however. That firm’s SIM “stickers” include all the electronics in a thin film that you can attach to any SIM card using the included applicator. The sticker sits dormant in your unlocked phone when you’re at home, but once you cross a border, the service prompts you to jump onto a local network, bypassing your original SIM in the process.

Everything is already up and running, including servers, carrier agreements and a call center to provide support, but KnowRoaming needs to raise funds to bring its sticker to production. There are agreements in place with several carriers around the world, who in turn give users access to networks in 220 countries at varying rates. You can expect to pay less than 30 cents per MB in Europe or 10 cents in the US (if you’re based overseas), though tariffs in some other countries will run you a bit more (between 70 and 95 percent of the amount your home carrier would charge for roaming, according to company reps).

Rates are always changing, often for the better, and updated provisioning can be pushed over the air, enabling lower fees as soon as they’re available. You can send and receive texts and phone calls as well — each sticker includes a US and UK number that callers can use to reach you, and you can add numbers in other locales as well for a monthly fee. You can pre-order the sticker (and applicator) for $35, excluding credit, at the source link below. It’s set to ship beginning in February, but the first 500 customers can expect delivery in December. BlackBerry stickers will be available in April.

Previous project update: Little Robot Friends, an interactive tool designed to teach youngsters the basics of programming, has exceed its goal of $55,000. It’s set to begin shipping to backers in January.