Meet B, the flying car that’ll make it even easier to terrorize local wildlife (video)
Snapchat introduces service for kids, initially on iOS, as it seeks to expand its user base 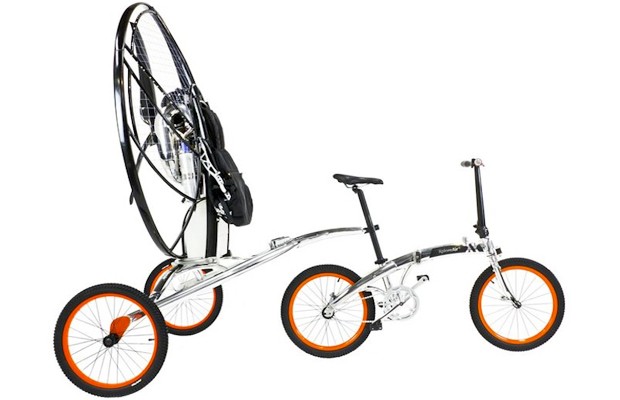 This week, the MS Tûranor PlanetSolar — the world’s largest solar-powered boat — docked in downtown Manhattan, and Inhabitat was on the scene to tour the 115-foot Swiss catamaran and learn about its latest trans-Atlantic voyage. The PlanetSolar team isn’t the only one pioneering new technologies, though. Google announced plans to deploy fleets of solar-powered balloons to bring the internet to remote locations around the world. A pair of British men debuted the world’s first flying bicycle, which combines a bike with a fan-powered paraglider. A 16-year-old developed a cleaner, more efficient way to create biofuel from algae, and Coca-Cola produced a classic Coke bottle that’s made entirely from ice that melts away when you’re finished with it.

It seems like every week Tesla has a new announcement or unveiling, and this week was no exception, as Tesla demonstrated a system that can swap a depleted Model S battery for a fully charged one in 90 seconds. In other green transportation news, Nissan unveiled the world’s fastest electric racing car and Moto Electra set a new record by driving an electric motorcycle across the US in just three days. French EV car-sharing service Autolib announced that it would expand to the US with a 500-vehicle program in Indianapolis. And Bosch teamed up with Evatran to launch a wireless electric vehicle-charging system that could become the first commercially available wireless EV charger in the US.

In a move that’s sure to shake up the 3D-printing landscape, MakerBot was acquired by Stratasys in a $400 million deal. Scientists at MIT figured out a way to produce 3D-printed artificial bone that is just as lightweight and durable as the real thing. A pair of architects will unveil the world’s first full-size 3D-printed room next month, scientists from Harvard and the University of Illinois managed to 3D print a lithium-ion battery that’s about the size of a grain of sand and Biomimicry 3.8 co-founder Janine Benyus explained why she believes biomimicry is the key to a green 3d-printing revolution.

In other green design news, Inhabitat profiled SkinVision, a mobile app that uses your smartphone’s camera to detect skin cancer. The EU approved the use of laser tattoos on fruits as a replacement for those annoying little sticky labels. A UC Davis scientist developed a new type of waterproof fabric that drains away sweat, while researchers discovered the secret behind super-durable ancient Roman concrete by studying a 2,000-year-old breakwater in the Mediterranean. Inhabitat profiled Budapest-based company Vinylize, which uses a laser cutter to craft old vinyl records into stylish glasses frames. And to keep your battery from running out while you’re away from home, AT&T and Goal Zero rolled out a solar-powered cellphone-charging station pilot program at Fort Greene Park in Brooklyn.