Is This Really the Budget iPhone?
The OnBeat Solar Headphones Want To Charge Your Phone While You Listen To Music 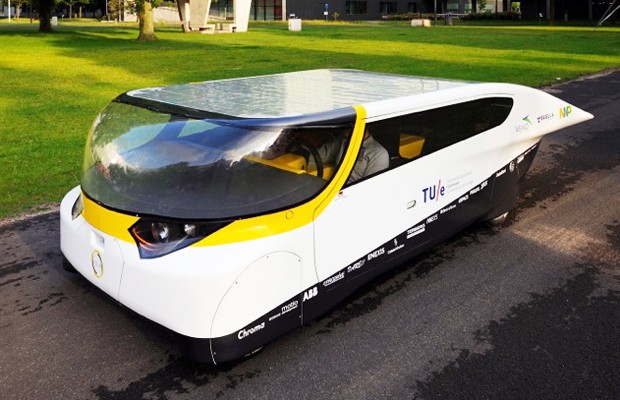 Fresh water is the most precious resource on Earth, and it’s becoming increasingly scarce — but a new invention could make desalination an affordable, cost-effective technology. A team of scientists from Germany and the US has developed a “water chip” that uses an electrical field to separate salt from seawater. That isn’t the only new innovation that has the potential to change the world. This week Inhabitat took a look at the Horizon mass transit system, a futuristic hybrid train-plane propelled by a maglev-style mechanism. The UK celebrated the launch of the world’s largest offshore wind farm, and Apple announced plans to build a 18-20 MW solar plant to power its data center in Reno, Nev. A 15-year-old from Canada created a flashlight that is powered entirely by body heat from a human hand. And in one of the week’s most uplifting stories, an amputee built herself a prosthetic leg out of Legos (it might not be very practical, but it sure is cool).

The past week saw several breakthroughs for solar energy as researchers at MIT created a new breed of nano photovoltaics that are 1000 times more powerful than conventional solar panels, and a team of students created the world’s first solar-powered family car. President Barack Obama proposed $8 billion in loans for “clean” fossil fuel technologies — a controversial move that likely won’t sit well with renewable-energy advocates. Dutch energy company Stafier Holland created a new type of rooftop solar panel that seamlessly integrates with roof tiles, while NYC considered a proposal for a floating power plant on the Hudson River that could save hospitals during power outages. And in one of the world’s biggest renewable energy disputes, US-based American Superconductor has accused Chinese wind turbine manufacturer Sinovel of stealing trade secrets.

The title of “world’s greenest office building” now belongs to the NuOffice building in Munich, which features a green roof and a massive rooftop photovoltaic array. Meanwhile, the world’s largest building (and not necessarily the greenest) just opened in China; it’s 500 meters long, 400 meters wide and features a fake Mediterranean village. Inhabitat also got set for this year’s Solar Decathlon by taking a look at DALE, a sun-powered micro home comprised of two prefab modules created by SCI-Arc and Caltech.

With the summer sun beating down on us, we’re pretty excited about the Handyscope, a new smartphone body scanner that checks for skin cancer. In other green design news, artist Pedro Reyes created an entire orchestra of self-playing instruments made from weapons seized by Mexican authorities. Designer Ètienne Choinière-Shields unveiled plans for The Cloud Harvester, an ingenious device that catches and condenses fog into water droplets that can be used for drinking water. Classic video game nerds will be excited about this new Tetris LED Desk Lamp, which can be stacked in a variety of Tetris shapes. And Pirate 3D unveiled the Buccaneer — a new 3D printer that will launch later this year at a boundary-breaking $347 price point.