Samsung Galaxy S4 Mini gets July 1st release date at Phones 4U, costs more than a GS3
Contentful, Out Today In Beta, Wants To Be The CMS For The Next Generation Of Screens

Advertising startup Inadco is announcing that it has raised $11 million in Series B funding.

The company has developed an advertising product called Form Ads, which are basically cost-per-lead ads that allow consumers to provide their basic information to an advertiser without having to leave the website or app that they’re visiting. When the company emerged from stealth two years ago, it was focused on display advertising. Founder and CEO James Walker told me that it has added search ads as well, with social coming soon.

Walker also noted that the ads now work across desktop and mobile, as you can see in the screenshot below. 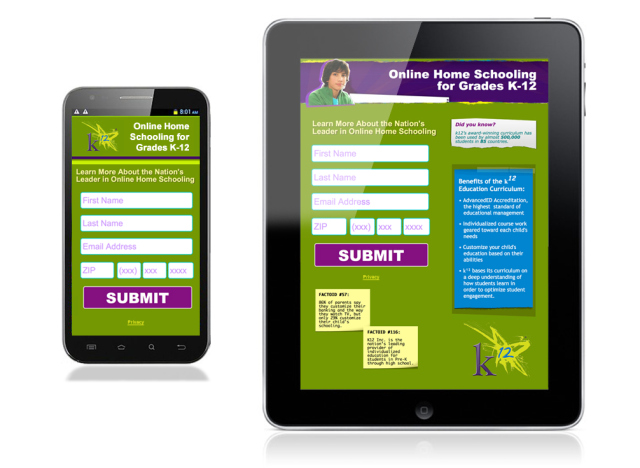 nadaco previously raised a $5 million Series A, as well as angel funding. The new round was led by US Venture Partners, with participation from existing investor Redpoint Ventures. USVP’s Paul Matteucci has joined Inadco’s board of directors.

“Digital advertising offers marketers lots of opportunities to generate demand, but very few solutions exist for marketers to capture that demand,” Matteucci said in the funding press release. “We invested in Inadco because their platform helps marketers identify consumers with intent and create native ad units that enable two-way communication and real-time data collection in a way that we’ve never seen before.”

You may have noticed the word “native” in that quote. Inadco launched before that became a big buzzword in the ad industry, but it now describes all of its ad formats as native — Walker said that’s because they’re always “integrated into the core user experience,” adding, “What’s cool about Inadco’s Form Ads is we take it a step further by enabling the consumer to complete their desired task without leaving the website or app they are visiting.”