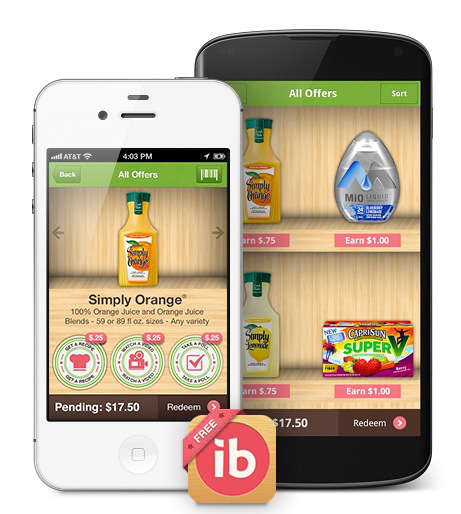 Denver-based mobile couponing application Ibotta, which pays you cash back for items you buy in grocery stores by simply scanning your receipt, has today debuted its iOS 7-optimized version 2.0 that now brings its shopping discounts to a number of new stores, including home improvement stores like Lowe’s and Home Depot, as well as national restaurant chains like Chili’s, Burger King, Smashburger and more.

Coupons For The Mobile Generation

The company first debuted its app last year, with a new take on mobile couponing designed to reach those who don’t subscribe to newspapers, clip from circulars, or print coupons from the web. Instead, Ibotta lets you do everything from your mobile phone. And instead of just “clipping” coupons, Ibotta has users actually interacting with the consumer packaged goods brands themselves in order to earn their discounts. 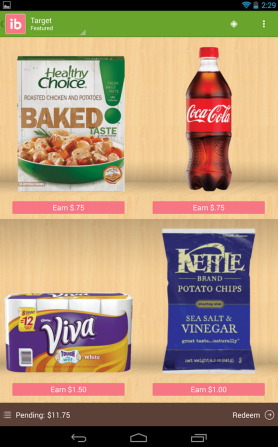 Those interactions can be in the form of answering a trivia question, watching a video, or posting about the product to social media. In exchange, Ibotta rewards users with cash for each action taken – typically $0.25 to $0.50 apiece.

The app has been surprisingly successful, despite the time it takes to work through these interactions in order to earn the cash back. According to founder and CEO Bryan Leach, there’s friction in every channel – that is, if you’re clipping coupons manually using scissors, it’s even worse, for example. And printing coupons from the web isn’t much better, either.

What the company found was that the app appealed to those who do neither. 60% of its audience rarely or never uses coupons, and most are millennials, ages 25 to 35. Most are also female. They don’t subscribe to newspapers, but they always have their smartphones.

Since Ibotta’s launch a little over a year ago, the company has grown to 1.9 million regular users, 70% of whom are monthly active uses – a figure that’s extremely high for mobile. Leach says that Ibotta’s users are active, on average, 25 out of every 30 days, citing data from Onavo Insights. Those numbers make it more popular, in terms of engagement, than deal-finding competitors like Groupon, Coupons.com, or Shopkick, he adds.

Research from Business Insider released this summer also showed Ibotta as one of the most-used apps on people’s phones. (Score one for the “normals,” I guess.) 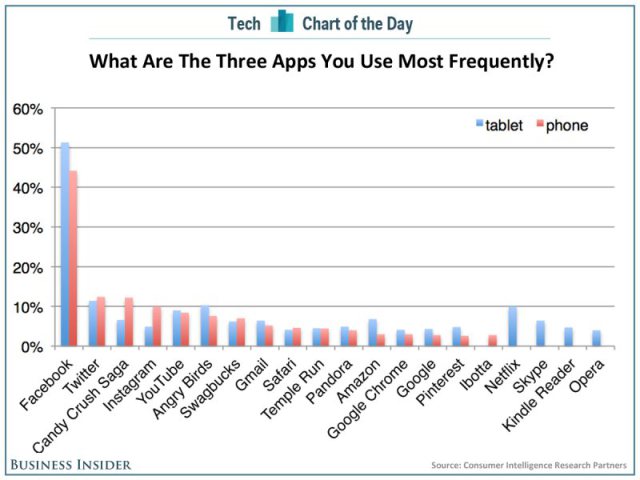 To date, Ibotta users have viewed 1.5 billion offers. This includes 45 million “pre-shopping media engagements,” which is a fancy way of saying the brands were able to catch users’ attention before they went actually to the store – a metric brands like.

“We’ve got the ability to influence more in-store transactions in the grocery CPG channel than any other mobile technology in the United States,” says Leach. “We’ve proven that people are very willing to have a more interactive experience on mobile that’s not just taking a coupon and putting it on the phone,” he says. 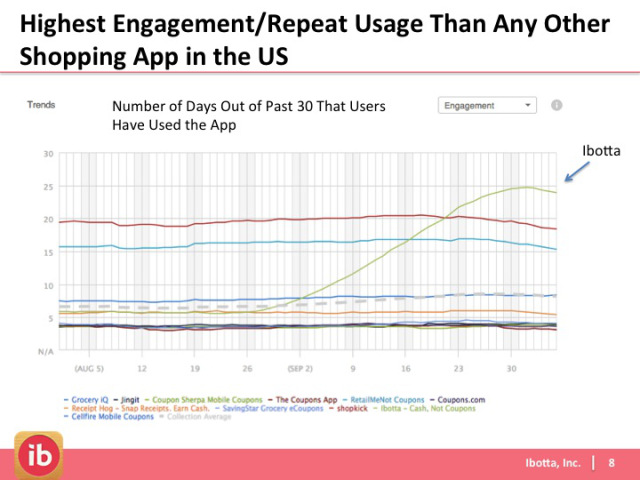 Of course, Ibotta’s user numbers could also be skewed by its more obsessed user base. Though it doesn’t necessarily cater to the serious couponing crowd, the extreme couponing sites I visit (ahem, aspirationally) often mention Ibotta’s deals to their users. These can sometimes be combined with manufacturer coupons and other in-store deals to significantly bring down the cost of food, drinks and other household items when shopping. 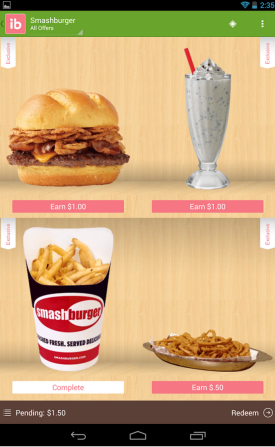 That being said, the app’s attractive design and simple user flow make it conductive to killing downtime by earning cash back.

My one complaint has been that with some stores – like those without loyalty cards to link, for example – the receipt-scanning process has to also be combined with scanning UPC barcodes on the products themselves. This depends on the store, though, and how detailed its receipts are in describing the specific item you purchased. (So your mileage may vary, as they say.)

And Leach adds that the company is now working directly with retailers to move away from the receipt-scanning process entirely.

With Ibotta 2.0, out now, the company is expanding from grocery stores, Target, Walmart, drug stores, and the like, to new categories. As noted above, the company has begun working with home improvement stores, restaurants (including fast food), and will soon add a major health nutrition chain and a big box electronics retailer to the fold, allowing users to save on other kinds of purchases.

In these cases, you’ll usually just have to snap a photo of your receipt to earn the cash back. Ibotta is also now introducing the option to have you earn gift cards from places like Starbucks, iTunes, or Redbox, instead of cash through PayPal, if you choose.

The company has over 300 partners currently, up from around ten it had when it first launched. And while they won’t discuss revenue, Leach would say that it uses a pay per performance approach to earn commissions on sales.

Ibotta previously disclosed it had raised $3 million in angel funding, in a round closed earlier in 2012. Since then, it has raised more. The company declines to discuss its funding events, but SEC filings show a $1.7 million round in 2012 followed by $7.9+ million in early 2013. Leach says those numbers are not current, however, and that Ibotta’s financings have come from angel investors, not VC’s.

The updated Ibotta app is available here in iTunes or here in Google Play.