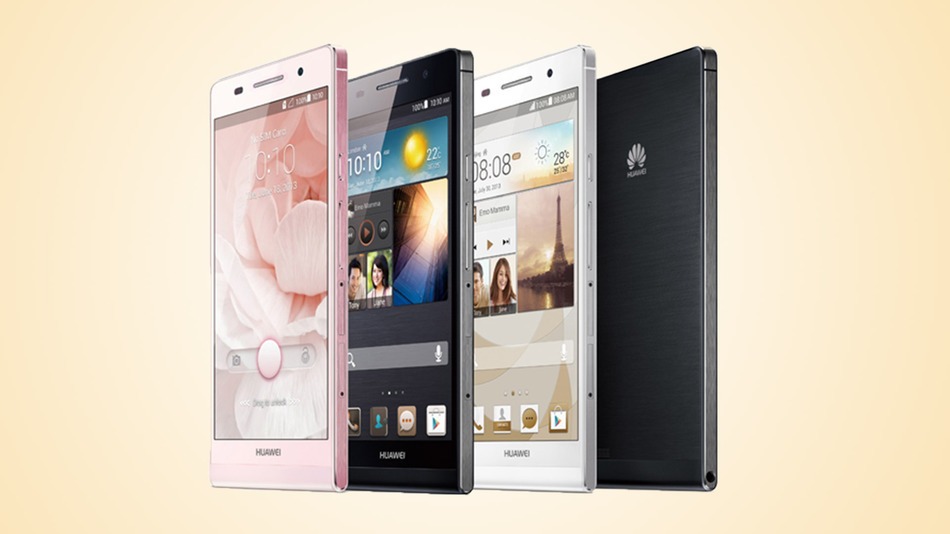 Chinese electronics manufacturer Huawei billed its new Ascend P6 model as the “world’s slimmest smartphone,” during an unveiling event in London on Tuesday.

The Huawei Ascend P6 is 6.18 mm in depth, which is thinner than competitors like the iPhone 5 and Samsung Galaxy S4 (7.6 mm and 7.9 mm, respectively). This new model is now the flagship smartphone in Huawei’s Ascend P series. Earlier this year, Huawei launched its Ascend P2 phone, which at the time the company called the “world’s fastest smartphone.”

The new Ascend P6 features a 1.5GHz quad-core processor, a 4.7-inch HD display, a 8-megapixel rear camera, a 5-megapixel front-facing camera and runs Android 4.2.2 Jelly Bean, according to Huawei. The phone also boasts “Magic Touch” technology that lets users use the touchscreen even with gloves on.

Compared to the P2, the P6 wins for its smaller size. But the P2 actually has a beefier 13-megapixel rear camera. Despite the Ascend P6’s skinny depth, its approximate weight of 120 grams is nothing to brag about: The iPhone 5 weighs in at just 112 grams.

The metallic-looking phone will be available in black, white or pink. Right now, Huawei says its new flagship phone will ship in China this month, Western Europe in July and to other markets at a later date.