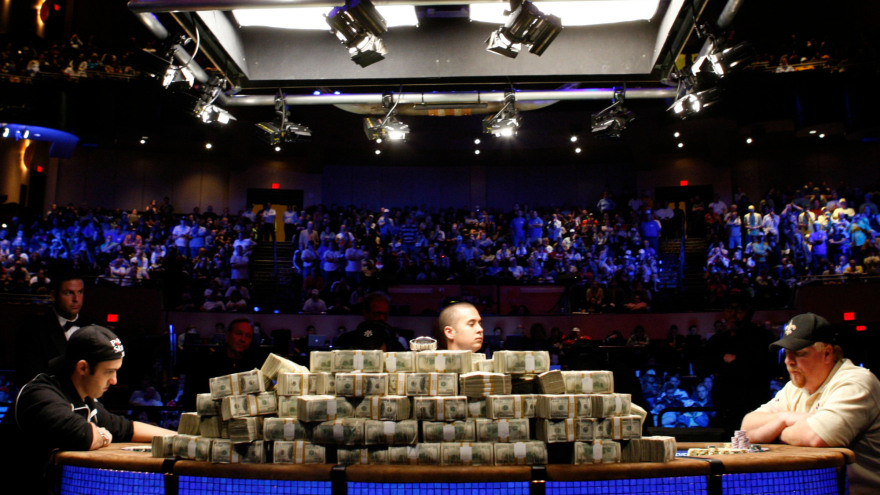 The single most important event in the history of our now four year-old startup happened before the company was even born. I just didn’t know it at the time.

I’m referring to September 15, 2008 and the collapse of the investment bank Lehman Brothers.

In the fall of that year, my business was still just a gleam in my eye. Over the course of my career I had seen it become easier to create an innovative consumer product (think 3-D printing, crowdfunding, etc.). Yet it was harder than ever to ramp it into a business. We’d lost so many of our independent shops, which were at the “incubator” level of retail. Fragile young companies were increasingly forced to prematurely crack big box distribution. From my time at Hasbro, I saw that even the established brands were struggling to get new products placed. The end result was that the best products, and even companies, were dying on the vine. As an online mashup of QVC and Kickstarter, The Grommet would re-invent “product launch” and use video storytelling and social media influence to level the playing field for young companies.

I’d recently completed a $350,000 seed round of angel investor financing. The capital was intended to fuel our October site launch and then through a few months of (surely meteoric!) traction and growth. I confidently planned to follow the classic startup route of securing a bit more angel funding, up to a max of $1 million and then a $5 million venture capital Series A round in early 2009. I was in a bubble of creativity and execution, and looking back, it had completely insulated me from a reality I did not yet understand.

That is, until my first VC pitch.

I sat across the board table from Nick Beim at Matrix Partners—a venerable venture capital firm. He had a solid track record of investing in consumer internet businesses. After I finished my pitch, he put his head in his hands. After a pause, he reached across the table. “My heart goes out to you,” he said, sadly. “No one is investing. In anything.”

That stark reality shaped my business and personal existence for a very long three and a half very long years, as I struggled to raise meaningful capital to grow The Grommet. We were a young business with wonderful traction, consistent triple digit growth and market feedback. Our partners loved us—we received weekly emotional love letters about how we had changed the course of their businesses.

I realized quickly that it wasn’t the quality of my business that was the problem—it was the fact that The Grommet was inventing a totally original product launch platform that caused investors to tremble. They were simply not interested or optimistic enough to engage with a business like ours while they were struggling to save their existing portfolio of companies. In 2008 and in 2009, many investors behaved as if there would never be another new venture on the planet.

I watched wiser entrepreneurs bail on their cherished ventures to “wait it out” as they knew the pain would be too great. At the time, I thought they were wimps. I would spend the next four years cobbling together small rounds of angel investment, attracting some very supportive long-view investors and pushing them to the tips of their skis. But operating on a slender budget, relying on one much-needed infusion of cash to the next, isn’t ideal. I often think of advice one of our investors gave us: an underfunded company can become like the house on market too long.

The bottom line: if at all possible (in better economic times), I would hold out to raise a significant enough chunk of capital to get to the next milestones required for either profitability or the next capital raise. The middle zone is no-man’s land. Always having less capital than the minimum required holds back results, which can become a negative downward spiral. We needed to grow or die.

In 2012, I attracted the Japanese e-commerce giant Rakuten to invest and help us soar, which we have done ever since. If that sounds like a happy outcome, it is. But the lessons and scars along the way are still pretty fresh for me. There were many, many personal sacrifices. I did not take a vacation for three years. I often could not afford to fly home to Detroit to visit my mom who was battling Stage 4 cancer. My oldest son had to get emergency financial aid to stay in college.

A lot of entrepreneurs have had similar “bet the house” experiences. I am not unique for that. Looking back five years later, there was copious hand-wringing over big business struggles, but truly it was the startups that were quietly and deeply decimated, and most did not survive to tell the tale. Between 2008 and 2009, more small businesses (pdf) in the US closed than opened.

But I am quite sure that the tenacity it required to keep a thinly-funded startup alive after the economic crash created a small club of the toughest entrepreneurs you will ever meet.

Here are some of the lessons I learned:

We were terrifically disciplined about putting our precious resources into the area of the business that was most distinctive. We accepted the high compromises required to neglect the other areas of the business. That is harder than it sounds because you just know better. You would do better if you could. But if the neglected areas can be credibly back-filled later, don’t lose sleep over them.

You have to hang your hat on the positive evidence

The single hardest thing about this time period for me was showing up every day to fail. Not as a business, but as CEO in my lonely role as sole fundraiser. Still, I clawed my way back to the sunny (or at least sunnier) side of the street by living vicariously through the deeply satisfying work my team was doing. They had their own struggles with limited resources, but at least they were always moving definitively forward, with warm press reviews, customer feedback, and incremental growth to show for it.

Communicate with your team

I recently asked a team member how she got through our hardest times—scary-high Accounts Payable balances, being so overcrowded and compromised in our space that we had to have our meetings outside, perched on a dumpster. She said, “I kept going because you and Joanne (my co-founder) always told us what was going on.” I never shared the pain of my experiences with the team, but we did own up to the vulnerability of the company, balanced with a consistent sharing of our vision and any positive results we could celebrate.

When I share The Grommet’s history with people, they simply cannot connect this with our vibrant, influential business. But our past struggles give me deep perspective. Ordinary business problems that used to make me tear out my hair in other ventures are now enjoyable challenges, almost like sport. And nothing throws me, because nothing could be as hard as what we already faced.