Founders Pitch Startups From Inside An Ice Hole Near The Arctic Circle
Sources: Munchery Raising An Additional $20M For Its Gourmet Meal Delivery Service 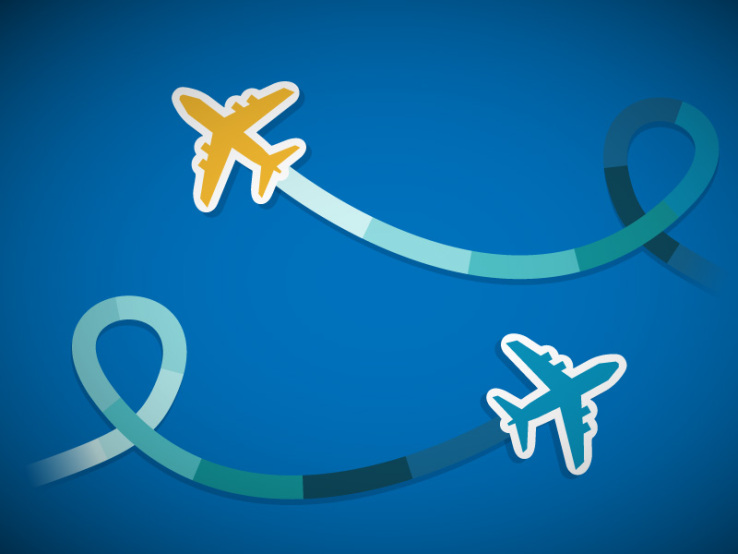 hanks to Google Now, other virtual assistants, and mobile applications that can tap into our location to feed us information at will, consumers are being conditioned to think of information-gathering as more of a passive process, these days. One company tapping into that larger trend is Hitlist, a mobile application that watches your favorite travel destinations and alerts you when fares become more affordable.

The service emerged as a pivot from TripCommon, a group travel-focused company Gillian Morris and Timo de Winter founded together back in 2012. While de Winter has since dialed back his involvement to part-time, Hitlist’s third co-founder Luka Kladaric, joined the team in July 2013 just ahead of the initial beta release of the Hitlist application.

The problem, explains Morris, is that traditional flight search sites are too time-consuming to use. “A leisure trip is inherently flexible,” she says, but on places like Kayak.com, you have to enter in specific dates. “In reality, a lot of people would be a lot more flexible.”

You might want to go to Austin at “some point,” for example, or are interested in just going somewhere cool you’ve never been before while taking time off for Memorial Day. Hitlist, she explains, allows people to register travel intent, and further down the line, the service could help to allocate that more efficiently, allowing airlines to fill empty seats.

Of course, many airlines today offer last-minute “getaway” fares, but these typically come through email blasts and are not all that targeted. Hitlist, instead, would have some knowledge of people’s preferred travel destinations, and their likelihood of buying a ticket.

The app itself offers a Tinder-like interface for swiping “yes” or “no” when presented with details about a destination. Cities are shown to you with a photo and a baseline price, indicating the cheapest fare you’d see from your home airport. Through Hitlist’s Facebook integration, it can also tell you which friends live there or have been there. And if you have friends on the service, it can also tell you who else wants to go there, too.

But Morris notes they’re working to add another login option now, as the backlash against having a Facebook-only login has been fairly brutal, especially in App Store comments.

Hitlist users, on average, save around 41 cities thanks to Hitlist’s addicting interface, and spend more than 5 minutes in the application. Price drops are sent out via email, where their open rate has been 62%, we’re told. 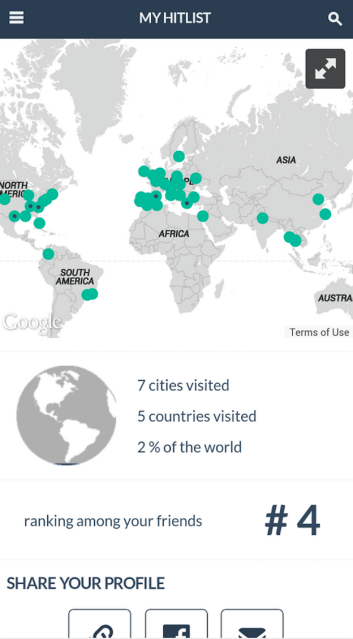 Unlike some price drop tools or deal finders on the market, Hitlist doesn’t force you to configure a price range you’re willing pay, but instead just lumps fare drops into three broader categories: “good,” “great” and “spectacular,” which are roughly within 25%, 15% and 5% of the lowest price, respectively.

The idea for tracking low airlines fares is not a new one, of course, as Hitlist recalls earlier efforts in the space, like Farecast, which sold to Microsoft in 2008 for $115 million, or services like Priceline’s “name your price” tools. Plus, all major flight search sites tend to offer a checkbox where you can indicate your dates are flexible, but, as noted above, this involves more work on your part. Hitlist, meanwhile, hasn’t so much invented the concept rather than re-imagined it for the mobile age, with “lean-back” search in mind.

Today’s release is notable because, now, Hitlist lets you configure your home airport, and view your alerts within the app, too. The company works with Skyscanner on the backend, so when you’re ready to buy, you’re directed to its site. Longer-term, Hitlist could offer in-app booking, but that will require more work and time, says Morris.

Hitlist is live on both iOS and Android. The company has a small amount of friends and family funding, but is currently raising a seed round of around $500,000.