There’s lots of discussion about the potential of drones and Hex is a new Kickstarter project that aims to bring the technology and opportunities that drones afford to anyone.

The Hex is essentially a (small scale) helicopter that can be modified, hacked and soldered into whatever kind of flying device that its owner desires. Hex is controlled using an app for iOS and Android devices, and it supports Bluetooth 4.0, auto-stabilization and more.

The project has been listed on the crowdfunding site for less than a day but already it has more than doubled its $10,000 target. Users can donate a minimum of $39 for a basic quadcopter set — with shell and propellers — while the highest packages are priced at $1,999 and $2,999, and include custom-designed copters and entry to the beta testing program.

The most obvious use for Hex — which graduated the hardware-focused HAXLR8R incubator — is to turn it into an airborne photo and video camera drone. Indeed, on that point, there’s a headset peripheral which can link up to the camera to provide what is probably a very cool and immersive ‘flying’ experience on the ground.

The first Hex copters are slated to ship to backers on December 1. At this point, the team is still to finalize the beta of the app, the BlueTooth communication system, control method and more. 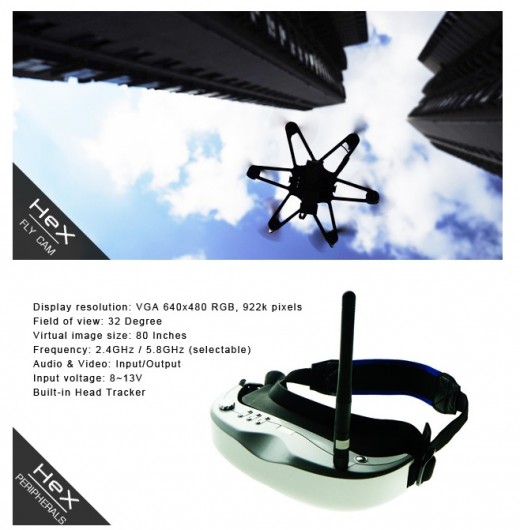 Headline image via Thinkstock, other image via Hex