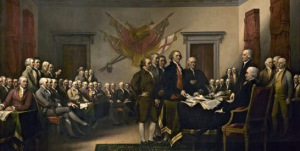 Congress is on track to passing a nationwide Internet retail sales tax, but it has serious flaws that could majorly muck up the e-commerce industry. We think citizens are often smarter than the government, and we want to give you a chance to make the bill better before it becomes law. So, we’ve teamed up with Congressman Darrell Issa’s Open Government Foundation, which designed a platform for making line-by-line suggestions to proposed laws. In TechCrunch’s version of the “Project Madison” crowdsourcing legislative platform, our readers can add, delete, and amend specific passages in the upcoming tax law.

Suggestions that are voted up by our community will get the most attention of Congressional staffers (which we know are watching our platform). It’s been claimed that the Internet is “democratizing” the world; well, here’s our chance to prove it.

Senate Bill S.743, the “Marketplace Fairness Act of 2013,” passed the Senate with overwhelming support and is on to the House of Representatives. But, it won’t be passed for at least a month, so we have some time to bubble up the best ideas from our community of readers.

As we promised when we first launched our new civics channel, Crunchgov, TechCrunch would source and promote the most insightful ideas from the technology community. A proactive approach to improving law is just the next logical step for how we can support the amazing work you all do.

Go to http://madison.techcrunch.com/ and get your citizen on. Encourage your friends, ping your local expert, and share this opportunity loudly. If we make an impact on the bill, it’ll a watershed moment in American democracy. Go forth!