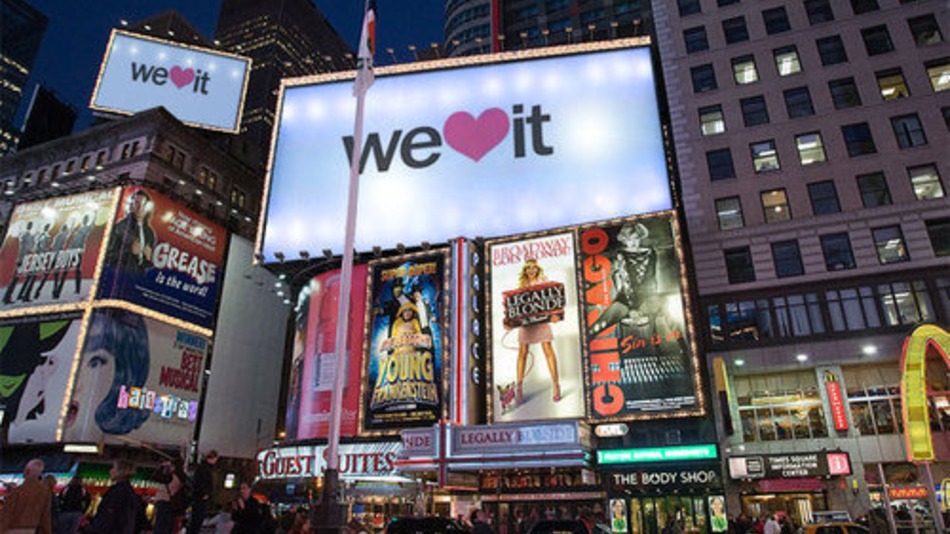 For a taste of who uses the image-based social network We Heart It, look no further than Facebook.

A simple Graph Search query for “People who work at We Heart It” returns hundreds of results, many of them young females with titles like “Boss,” “Heartbreaker,” and even “Chief Executive Officer,” all claiming to work at the 2-year-old startup.

This list is not the actual staff roster from the San Francisco-based social network. In fact, We Heart It has only 18 employees. Instead, these are the platform’s loyal users, and the counterfeit job titles somewhat baffle, but ultimately please, the startup’s actual CEO, Ranah Edelin.

“It’s one of the proof points about how special this community and service really are,” says Edelin. “We’ve never done anything to prompt or ask anybody to do that. They just are finding outlets to say that ‘We Heart It is my favorite service.'”

If you aren’t familiar with We Heart It, there’s a relatively good reason. The company didn’t share a single press release until last June, when it announced 20 million monthly active users and $8 million in funding. That monthly actives number is up to 25 million, and the Pinterest look-alike is adding well over one million new users each month.

We Heart It isn’t simply collecting users, however. The social network is collecting the most coveted users available to social media platforms: the ever-important, mobile-savvy teenagers.

And with teenagers reportedly leaving other larger social networks like Facebook behind, We Heart It hopes to be there to catch them.

“Because [Facebook] is so large, it cannot be cool to the younger demographic that thrives on finding places to call their own, that are cool” says Edelin. “[Places] that their mother, grandmother, uncle and everybody else aren’t on. That’s not Facebook’s fault, that’s just human nature.” 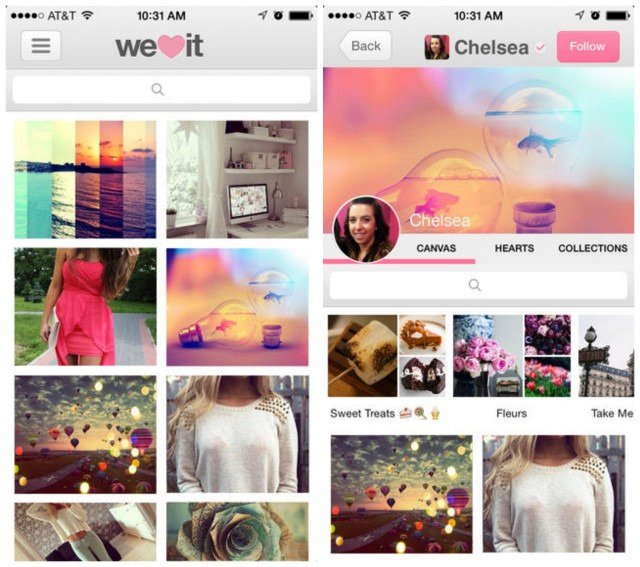 This younger user base, and the types of content that come with it, are what separate We Heart It and Pinterest, two otherwise similar platforms, says Edelin.

We Heart It works and feels like a younger, artsier Pinterest, where images of beautiful celebrities and peaceful sunsets replace the wedding dresses and home cooked masterpieces synonymous with the more established network. Board member Alex Rosen of IDG Ventures describes the images as “positive and inspirational,” and indeed many of the photos have text overlay containing motivational messages and quotes.

“This is very different from product-oriented, quasi-catalogue [images] that you get on Pinterest,” he says.

The platforms do have a few other differences. Instead of a profile page and Pin Boards, We Heart It users have a “canvas” and “collections.” We Heart It users can only “Heart” photos, which automatically adds the photo to their canvas. Comments are not allowed to ensure no bullying or negativity occurs, says Edelin. We Heart It users can tag photos; Pinterest users add descriptions only. 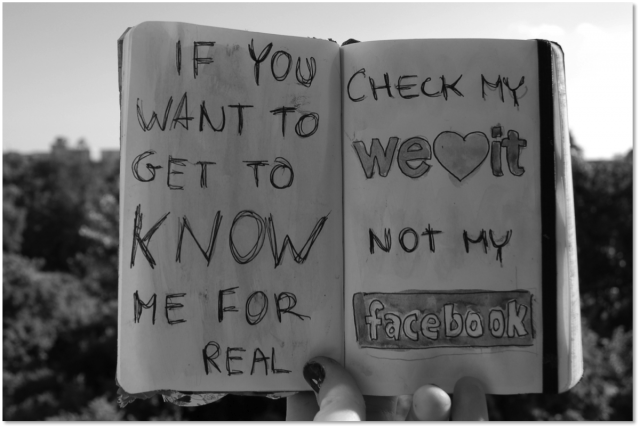 We Heart It was incorporated in the United States in 2011, but the original site was built after a designer in Brazil started collecting images that inspired his work back in 2007. By the time the company officially formed, it was not alone in the realm of image-based social networks. Tumblr, Pinterest, Facebook and Instagram were all relevant, but that didn’t dissuade Rosen from showing interest in We Heart It. In fact, it inspired him.

“Frankly, this entire market didn’t exist eight years ago [or] 10 years ago,” he says. “There are opportunities for half a dozen to a dozen billion dollar outcomes, and the fact that there were some already out there didn’t discourage us, if anything it encouraged us.”

We Heart It is in the process of making the next step in the company’s expansion. It announced its first round of formal partnerships in December, and now has a half dozen partners including publications like Teen Vogue and Lucky. These relationships are not financially-driven, but they do demonstrate that We Heart It is commanding outside interest from other brands.

Edelin also says that We Heart It will look to take an additional round of funding, possibly in 2014.

With a growing audience, a slew of new partnerships, and the potential for more investors on the way, perhaps We Heart It will have room to make some of its “employees” on Facebook a real job offer.

Image: We Heart It